You are here: Home » Features » School Reunion Brings Many Home

On September 17 at the Rochester Council on Aging, the 10th Grammar School Reunion hosted nearly a hundred former Rochester students. The reunion brought together folks who had learned their ABCs in classrooms or one-room schoolhouses that dotted the Rochester landscape before 1954.

Organizer and prime mover of the event Betty Beaulieu said, “Unless some others do it, this will be the last reunion.” Putting that aside for the afternoon, clearly coming together once again to remember those early days held great significance for all.

The theme of the reunion was “What have you been doing since high school?” As the former students gathered around tables set for a grand luncheon, many came forward, some feeling quite uncomfortable speaking in front of a crowd, but all wishing to share where life had taken them. Given the average age of those in attendance, there certainly were plenty of decades of history to share.

A big part of the event was the sharing of “life stories.” Those who stood up talked about their careers, impressive careers in finance, teaching, nursing, business, and nutrition. Several had more than one career as retiring brought new challenges and avenues to pursue. Since graduating from high school, clearly this group had spent a lifetime being productive members of society and all had started in a tiny Rochester school. Clearly their early educations had prepared them well for all that was to come.

Recently to current events, speakers shared what they are doing now such as traveling, or even pursuing a third career path. The ladies who took up the microphone to share their stories also spoke of their children and how their now middle-aged sons and daughters had turned out, clearly a major accomplishment and source of pride.

One lady shared that she had a deceased husband, a husband she had divorced, and now a “good” husband much to the collective laughter and applause of her fellow classmates. Another said that she had met her current husband while attending the school reunion several years ago, making the annual event also a matchmaking opportunity.

Some had traveled thousands of miles to be together. One lady said that attending the reunion was on her “bucket list,” a not-to-be-missed occasion. Participants had traveled from all four corners of the country while others had remained in Rochester, building their lives in their beloved community.

As the aroma of roast beef, chicken potpies, and gravy wafted over the group, story time concluded and the feasting began. Following the luncheon, the group was entertained by the duet, The Snowbirds.

By all accounts the “last reunion” of the Rochester Grammar School students was a huge success. But who knows? Given how important being together clearly was for this group of reunion attendees, it wouldn’t be surprising if someone stepped up to organize another gathering, at least one more time. 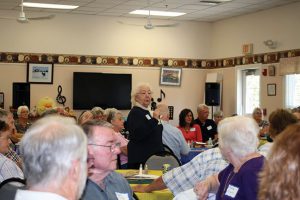 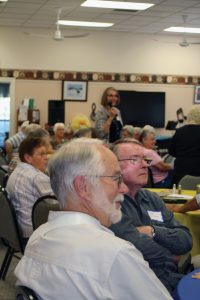 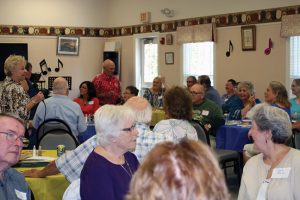 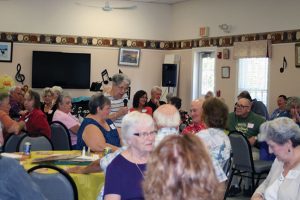 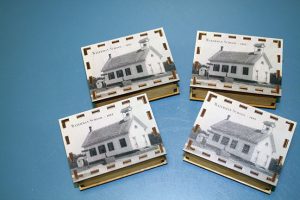