Gold and Silver Key Award winners from throughout the Northeast region gathered on March 3 at the John Hancock Building in Boston for a ceremony presenting their art and acknowledging their accomplishment. Those award winners will also have their pieces displayed in the State Transportation Building at 10 Park Plaza in Boston until April 11.

While these awards run nationally, the Boston Globe sponsors the Northeast region. The competition on all levels seeks to promote the Humanities and, at the national level, to provide scholarships to those seeking a future career in art or writing. There are multiple categories involved with local, regional and national levels with students from 7-12th grade welcome to enter.

For Old Rochester, 20 entries were sent in to the local competition. The pieces were dropped off at Plymouth South High School where they awaited judging. ORRHS’s eight pieces moved on to the regional level where they were awarded the honors previously listed. While no national awards were given to ORRHS students, art teacher Joann Barrett says that is a future goal.

“This was the first year our students have been recognized under my teaching. Winning one of the national awards is definitely a goal we hope to reach in the future,” Barrett said.

Barrett said the Boston Globe awards were not the only competition left on the agenda. Art All-State is the next event for ORRHS art students. Two students from 70 different schools across Massachusetts are invited to spend a weekend at the Worchester Art Museum and Clark University to participate in a collaborative event.

The students are grouped into rooms of 20 students each and receive a small group of visiting professional artists as supervisors. Each group of students and artists, from different mediums of the visual arts, gathers to create an exhibit of their own in their room. The students work Friday and Saturday on their exhibits and present them on Saturday night. Students sleep at Clark University.

Barrett says the event “has a bigger intensity level. It gives the students a good idea what it is to be in a college setting for the arts. It is almost like Project Runway, where these students and artists are all thrown together, each with different talents and passions, and expected to create something. They create such cool things. It is a really great opportunity.”

Art All-State will take place on May 24 and 25. Students will hear back on April 5 whether they were chosen to join in the collaborative event. 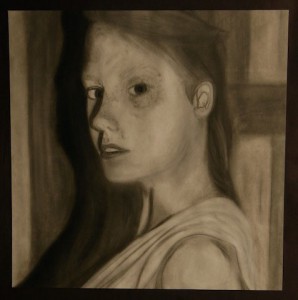