You are here: Home » Schools » Another Homecoming Comes and Goes

Homecoming season at Old Rochester Regional High School has come to a close after a week filled with school spirit, skits, sports, and the annual dance.

“This past Homecoming week was really fun and exciting,” junior Alex Wurl commented. “I think everyone really enjoyed the spirit days and pep rally!”

Although Monday was “mismatch day,” Tuesday filled the halls with many matching outfits for “twin day.” It was all red, white, blue, and Patriots jerseys on Wednesday for “America day,” and students wore their pajamas to school on Thursday, which was fitting with the delayed start. While the majority enjoyed the option to dress according to each day’s theme, Friday’s Homecoming pep rally and skits brought out their creative side as many wore handmade costumes for their skit parts.

“At first I thought it was going to be very hard for us to portray animals,” said senior Madisen Martin, “but the costumes were a big hit! The face paint and accessories made it all come together.”

“We had almost the entire class dancing in every routine so it was hard to coordinate, but we pulled it together in the end and the skit played out beautifully!” added senior Lindsey Merolla about their skit in general.

The seniors’ “Lion King” skit won first place, with the freshmen’s “1980s versus 2017” coming in second place. The juniors and their “Super Mario” skit received third place, and the sophomores’ “Smurfs” came in last.

“It feels awesome to win our Senior Homecoming skit,” Martin said. “All of our hard work and effort really paid off in the end. Everyone came together on Thursday and it showed on Friday. I think everyone had a lot of fun with it.”

The competition results were announced during the Bulldogs’ Homecoming football game against Seekonk, where ORR brought home a 47-13 win. Senior running back Harry Smith helped lead the Bulldogs to their latest victory with four touchdowns during the game.

“It felt good winning both the skit and the football game, especially the game since it was my last Homecoming,” Smith said. “It was definitely memorable.”

The football team wasn’t the only one to bring home a win, as the ORR girl’s soccer team beat New Bedford 6-2 the same day. The Lady Bulldogs on the volleyball team continued the victorious atmosphere with a 3-1 win over Tabor.

The sports victories came after the long-awaited unveiling of the ORR Bulldog mascot’s new design, which was revealed during the Homecoming pep rally. Each student received a rally towel with the new bulldog and logo, while the seniors also received “Class of 2018” T-shirts displaying the bulldog wearing a graduation cap and gown. 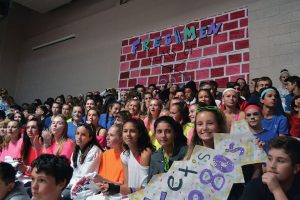 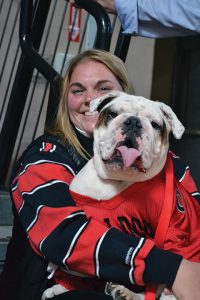 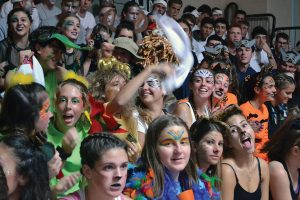 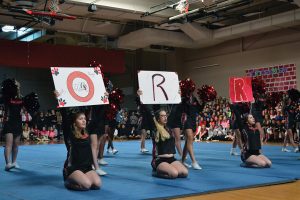