The safety of Taylor Seafood’s aquaculture operation – located in waters at the Mattapoisett/Fairhaven border – was put under a microscope during a discussion between the Mattapoisett Selectmen and company owner Robert Taylor at the February 28 board meeting.

Amid reports that recreational boats are getting entangled in lines around the operation – and also having difficulty navigating a nearby channel – the board met with Mr. Taylor to discuss its concerns.

With the recent installation of town aquaculture rules, Chairman Paul Silva informed Mr. Taylor that all three aquaculture operations in town would be monitored more regularly. Further, he said Mr. Taylor would be required to meet Harbormaster Horace Field’s instructions on how to make his operation safer.

The discussion included at times terse exchanges as different accounts surfaced on the number and visibility of buoys on the perimeter of the aquaculture operation, and whether damaged lines were adrift of his operation.

Mr. Taylor spoke about his 20-year old business, noting that he places yellow buoys at the corners of his operation from May to October. He said a water buoy is present at every 40 feet and an anchor is situated at every 80 feet.

He talked about incidences of boats getting stuck in lines, and said much of that is attributed to people not knowing the lay of the waters. He recounted an episode of drunk boaters getting stuck in the lines. “It’s been there for 20 years. We haven’t moved. It isn’t a moving target,” he said.

Mr. Taylor did explain that the lines around his property “got torn to shreds” over the summer, but the lines did not go beyond his boundaries, he said.

“This report of [the line] being outside is just not true. I was out there, I know it is not true,” he said. “I make a great effort that these lines don’t go out of the site.”

However, accounts from Selectman and Harbormaster Horace Field contradicted some of Mr. Taylor’s remarks. “There hasn’t been a perimeter buoy in years,” countered Mr. Field. Also, said the markers around a nearby channel are not amply visible with bright colors, and are too far apart from one another.

For people moving through the channel, it poses a problem, Mr. Field said. “They are so far apart people don’t relate them to each other,” he said.

Selectman Jordan Collyer spoke bluntly on the matter, noting his role in rescue operations and a lifetime of experience navigating the waters.

“The channel markers are in deplorable condition. You can’t even see them during the day,” Selectman Collyer said.

“…At night it is a real problem, it is a problem for people who are not drunk,” he said. However, after some tense exchanges, Selectman Collyer expressed that he wanted Taylor Seafood to succeed.

“I want to see your farm continued, but I want to see the safety of the public preserved,” Selectman Collyer said. The board authorized the harbormaster to dictate to Mr. Taylor his requirements to keep the operation safe.

Select Chair Silva noted that Mr. Taylor had failed to comply with a similar request by the Selectmen 10 years ago, when they required the aquaculture owner to install high intensity illuminated lights on buoys around the operation. “This is not the first time it has come up,” he said.

In other business, a meeting between Selectmen and the Mattapoisett Lions Club about its upcoming events, in particular the summer Harbor Days festival, spurred some dialogue on whether the club would be required to pay a user fee to access the park.

Noting the $250 cost of private parties to use the Wharf, Selectman Collyer suggested that the Lions club review internally a possible fee, although Lions Club President Joe Murray was quick to oppose the idea.

“But the other side of the coin, is by [Harbor Days’] growth, it brings more money to the merchants of the town. Money is drawn inside of the town,” Mr. Murray pointed out.

“What’s fair is fair, we need to look at everything” said Selectman Collyer, offering up the idea of an in-kind donation. He said the heightened traffic during the event and the additional strain on town resources may warrant a fee.

At the end of the meeting, Mr. Murray voiced more disapproval of a user fee, listing off the Lions’ contributions to the town of Mattapoisett, stating that 100 percent of proceeds from its fundraising events are for charity. The Selectmen suggested that the Lions Club present a full picture of the qualitative and quantitative impact on the organization to the town at future meetings.

• The Selectmen approved an Easter Egg Hunt event – tentatively planned for April 7 – at Shipyard Park. The Mattapoisett Lions Club would put on the event.

• Mr. Gagne discussed talk of installing a new traffic light at ORR, and said he believes better enforcement may solve the problem of speeding traffic ans safety issues near the school. He suggested obtaining better data on accidents from SRPPED as part of its technical assistance before jumping into the investment, which he said could cost $350,000 to $400,000.

• The Tri-Town Herring Committee reported to the Selectmen that herring stocks remain low, at about only 500 more than last year. 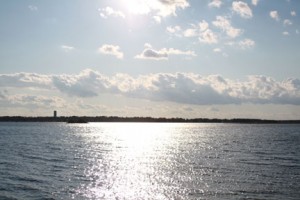