You are here: Home » News » Boating Accident Leads to Fatality in Marion

At approximately 1300hrs The Marion Harbormasters Office received a distress call for a person in the water with no life preserver off of Converse Point. The Marion Harbormaster as well as Marion Police and Marion Fire responded to the area. Other responding marine units included the Buzzards Bay Task Force, Harbormasters from Wareham, Bourne and Mattapoisett, New Bedford Fire and the US Coast Guard.

The reporting party and boat were located. A female on board the power boat out of Onset MA stated that her husband while attempting to fix a bumper had lost his balance when a wave struck the boat and had fallen overboard. Seas were approximately 4 ft and choppy and the wind was at 15mph from the southwest.

The female and boat were brought back to Island Wharf by a member of the Harbormasters unit. The female was evaluated on scene and transported to the Marion Police Department. At approximately 1423Hrs, a body was recovered by a passing boater. The Coast Guard attempted rescucitation on the 66 year old white male. Marion Harbormaster then transported the recovered party into Converse Point. He was transported by Marion EMS to Tobey Hospital. The party was pronounced deceased at the hospital.

Information regarding the name of the deceased has not yet been released pending notification of family members. State Police detectives as well as the Environmental Police also responded. 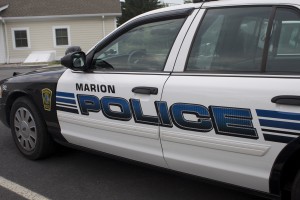