The Mattapoisett Friends have hosted Cuban delegates in the past as part of the program Puente de Amigos, which means Bridge of Friends, that serves to form sister meetings with the Cuban Amigos under the umbrella of the New England Yearly Meeting. The Puente de Amigos Committee was formed in 1991 to promote a spiritual relationship between Friends of both countries that is based on equality and mutual respect.

“And then the opportunity came for me to go there, so I got to meet them in person,” said Kinsky. “It sort of kicks off the relationship.”

Kinsky and the other six Friends were there in Cuba on what Kinsky called a “work visit.” In preparation for the trip, the Friends gathered the supplies they needed to help paint a meetinghouse in a village called Bocas as a sign of friendship and to also help with construction of the building.

The Friends arrived on January 23 at the airport in Holguin, a small city on Cuba’s eastern shore in the province of Holguin, where an old ’57 Chevy took them to their first destination, the Quaker Meetinghouse in Holguin. From there, the group traveled to Gibara, a smaller town outside Holguin, where they visited the Amigos there and stayed in the dormitory of the Quaker Peace Institute. Kinsky also took a side trip to visit the Mattapoisett Friends’ sister meetinghouse in El Retrete before settling into another village for the work visit.

“Then we went to the village of Bocas,” said Kinsky. “We painted the ‘church.’ It’s a beautiful shade of blue now!” said Kinsky, showing the before and after photos. “They’re renovating the building. We did grunt work so the skilled labor workers could use their skills.”

The most significant part of the cultural and spiritual exchange was for both Friends and Amigos to share with each other their differences and celebrate their similarities – to come to a new understanding of what it means to be a Quaker.

“Their faith is really important to them and they meet several times a week,” said Kinsky. “They’re not very impressed with us over here.” She laughed. “We meet once a week and when the weather is nice, we might meet twice a week.”

“They have pastors, more like an evangelical church, so they have a different style there. They all told us, ‘Oh, we couldn’t sit for that long … Cubans like to make noise,’“ Kinsky said. “That was the biggest difference, but it was interesting to experience the differences.”

Throughout her stay in Cuba, as she observed those differences between the Amigos Meetinghouse and the Mattapoisett Friends Meetinghouse, Kinsky said she started asking herself, “What actually makes us all Quakers?”

One of the principles of the Mattapoisett Quakers, as well as other Friends Meetings in the United States, is simplicity. Kinsky said she noted there is more of an ornate characteristic to the Bocas Amigos, who dress up more for their meetings and sometimes wear more jewelry.

Kinsky asked others what makes them all Quakers, aside from the shared ‘peace testimony’ of pacifism, non-violence, and opposition to war.

“And really, everybody had a different answer,” said Kinsky. “The conclusion I came to was that it is a shared history.” At one point in history, Quakerism diverged into different groups that varied in a number of ways. “But we have respect,” she said. “They do things differently than we do.”

Kinsky returned home on February 3 and unfortunately, because of persistent snowstorms, has not yet been able to share her experience with the Mattapoisett Friends. But she knows that she is going to tell them about how welcome the Amigos of Bocas made her feel, the fun she had working together with them on the meetinghouse, and that the Amigos are grateful to know that people over here care about them.

“Even though our governments don’t see eye to eye,” said Kinksy, “it’s nice to know that we can still be amigos…” 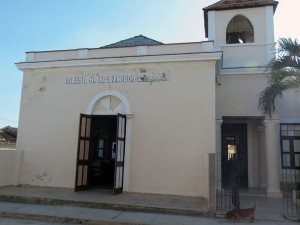 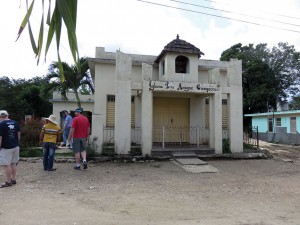 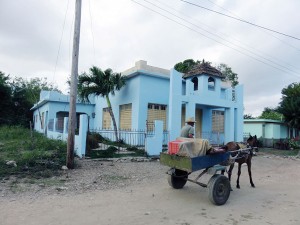 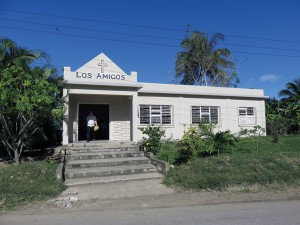