No abutters to the River Road two-lot definitive subdivision plan attended the public hearing on Monday, September 17 at the regular Marion Planning Board meeting. Engineer Gregory Morse presented the Board with revised plans which took into account the abutters’ comments from previous public hearings, as well as the advice from town consulting engineer Ken Motta.

“We’ve revised our drainage system,” Morse said. “We’ve rerouted all the flow from this system across the street to a tidal pool.”

The revised plans also included a swale, as well as many new catch basins that will be piped together in a single network.

“This swale now directs stormwater away from abutters to the cul-de-sac,” Morse said.

Furthermore, Morse has revised the grading for the roadway, increasing it so that the plan no longer requires the contentious retention wall. The grade still requires a waiver from the Board, however.

Because Morse is in the process of obtaining an easement, Chairman Jay Ryder expressed slight concern for the project.

“That easement is integral to the drainage system,” he said.

Overall, the revised plans earned the appreciation of the Board, which opened the public hearing with a reading from an email written by DPW Superintendent Robert Zora.

“I am in agreement with the revisions,” Zora wrote.

Board member Thomas Magauran praised the homeowner and Morse for their work on the subdivision plan, citing it as a much-needed improvement for River Road’s drainage system.

“You as an applicant are subsidizing the town’s work on that road,” Magauran said. “You guys are creating a win, win, win for everyone.”

Motta also spoke to the Board, explaining the new documents that have been submitted: an updated cover letter for the project and an updated waiver list.

“We’ve gone through all the waivers,” Motta said. “We feel [the project] is in the best interest for the neighborhood in that area.”

Because a single abutter expressed interest in attending the public hearing but was not able to do so, the Board voted for a continuance.

“I hate to close the public hearing and deny her that right,” Magauran said.

“I think we’re very close,” Ryder told Morse. “And between lines of communication for the next meeting, we may be that close.”

The public hearing will be continued at the Board’s next regular meeting on Monday, October 1 at 7:10 pm.

In its other business, the Board approved two ANR plans, both represented by Brian Grady of GAF Engineering. In both plans, the respective homeowners sought to dissolve interior property lines, thereby combining multiple lots into a single one. Ryder emphasized to Grady that such an action would not be reversible.

In its last business, the Board participated in a discussion with David Davignon of Schneider and Associates, who was representing the owner of Indian Cove Boat Yard. Davignon described the plans for the yard, which includes subdivision into three properties.

After the discussion, Ryder told Davignon that the next step in the process is submitting a formal application with plans. Magauran also advised Davignon to check the bylaws for right-of-ways with Motta prior to submission.

The next meeting for the Marion Planning Board will be on Monday, October 1 at 7:00 pm at the Marion Town House. 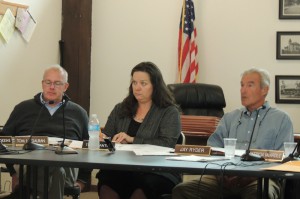