You are here: Home » Features » Tea with an Irish Fairy Godmother

“Are you a real fairy godmother?” said a little child to the sprightly, lively lady standing before her wearing a tiara, dressed in a green tutu and a jacket speckled with little shamrocks.

With a grin and a sparkle in her eye, the Irish Fairy Godmother replied, “Do you think I am?”

The little girl responded with a resounding ‘yes,’ and at that, the fairy godmother turned to her magical teapot decorated with shamrocks to match her blazer, and the fun and excitement of that Sunday afternoon at the Joseph H. Plumb Memorial Library in Rochester began.

Magician Debbie O’ Carroll, AKA the Irish Fairy Godmother, is 6,412 years old, as she revealed to the roughly 25 little ones seated on the floor who, by now, were pretty impressed. “And that’s young for a fairy godmother,” she giggled.

“First off, I have to pour some tea for the Rose Fairy,” she said as she tipped the magic teapot toward a glass teacup, filling it with a red liquid. Then she poured the tea for the Butterfly Fairy. To the children’s surprise, this time the teapot poured a cup of blue tea. Fascinated by her trick, the children watched as she took the same teapot and poured a glass of green tea for the leprechaun.

Then when the Irish Fairy Godmother made the Lemon Fairies disappear beneath her magic sugar bowl, that was it. The kids were enchanted.

With her magic wands and her magic cards, a few “presto change-os” and a couple of “abracadabras,” the Irish Fairy Godmother (finally) made the frog appear out of thin air, after a few silly unsuccessful attempts that kept the little ones in suspense.

Before she bid the children farewell and a Happy Saint Patrick’s Day, the Irish Fairy Godmother showed them how to make an origami snake to take home and make, and gave each a magic wand (a straw decorated with shamrocks) and a plastic gold coin so they could go home and perform their very own magic trick for their family and friends.

After the show, when asked about her favorite part of being a fairy godmother, Debbie cheerfully replied, “The reactions of the children.”

“It’s my job. It’s this…”she said, motioning to the happy children clutching their magic wands, smiling while inspecting their shiny gold coins. “I love it. I do it for the kids’ reactions.” 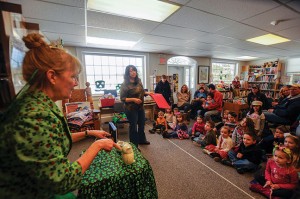 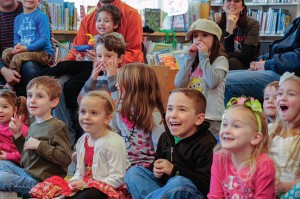 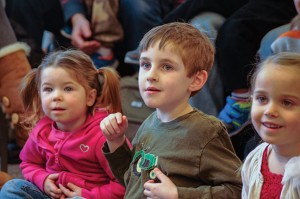 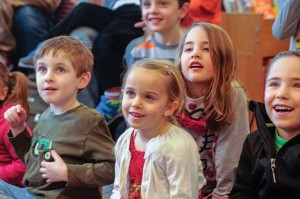 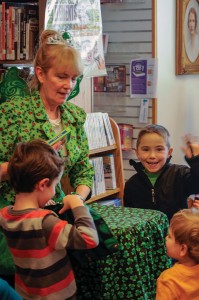 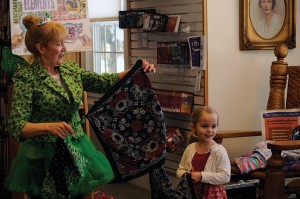 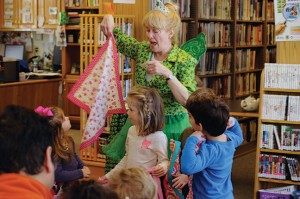 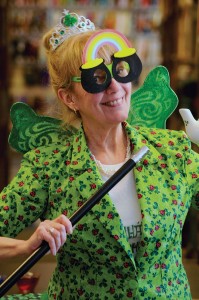 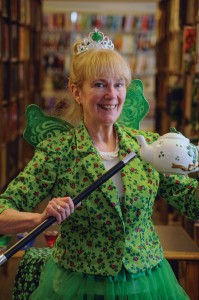