Here is a look at the third week of results in scheduled games for all ORR athletic teams.

Football: Thanks to a strong performance by junior Darien Dumond, the Bulldogs continued their undefeated streak and gained their third win of the season with a 35-14 win over Bourne. Dumond contributed three touchdowns for the Bulldogs: two rushing and one receiving. Senior Ethan Lizotte and junior Sean Hopkins also added a score apiece. The Bulldogs jumped out to an early 14-0 lead and never looked back, and Bourne’s defense was not strong enough to contain the run-oriented Bulldogs. However, the Bulldog offense, headed by Quarterback Alex Aruri, threw more passes in the game than their other two games combined, proving that the ORR offense is versatile in both running and passing. The boys’ next game is on Friday, September 26, at GNB Voc-Tech at 7:00 pm.

Field Hockey: The Lady Bulldogs also remained undefeated this week, with two exciting wins over conference teams. The girls defeated Seekonk 1-0 in a thrilling, down-to-the-wire game. With just six seconds remaining, senior Alexa Francis, assisted by Ashley Pacheco, scored against the Seekonk goalkeeper to break the scoreless tie and maintain the Lady Bulldogs’ perfect record. Also to be praised was Goalie Mya Lunn, who did an excellent job turning away any offensive momentum Seekonk could muster. The girls followed the exciting win up with a 6-0 blowout over Wareham later in the week. Six different players scored for ORR: Pacheco, Darby Nolet, Hannah Ribeiro, Sarah Robertson, Devyn O’Connor, and Hannah Guard, showing the overall depth of the program.

Boys’ Soccer: The boys’ soccer team started their week off with a tough 6-1 loss to out-of-conference Dartmouth. Evan Santos scored the first goal of the game and gave the Bulldogs an early lead, but Dartmouth quickly caught up thanks to a stellar performance by Andrew Martinez, who scored four goals on the game. Luckily, the game did not count to the Bulldogs’ SCC record. However, the boys bounced back with a nice 3-1 win over Dighton-Rehoboth, with Alex Sousa, Hunter Parker, and Tim Dix each scoring a goal for the 5-2 Bulldogs.

Girls’ Soccer: The girls had a slower week than usual, only participating in one game against Dighton-Rehoboth. The Lady Bulldogs, who were previously undefeated, suffered their first tie to the DR Falcons, in a tight 1-1 finish. Bailey Truesdale scored the lone ORR goal of the game with 10 minutes remaining, but the Falcons countered with an equalizer with less than six minutes remaining. Though this was the first non-win for the Lady Bulldogs, it still keeps them atop the SCC rankings.

Boys’ and Girls’ Cross Country: The cross country teams participated in their first official meet of the season against Fairhaven. Both teams jumped out to a 1-0 record, as the boys’ team won 20-49, and the girls’ team won 15-45. The boys took places 1, 2, 4, 6, and 7 to round out their top five, with all five runners dipping below the nineteen minute mark. The girls dominated, with all five of their scorers finishing before the first Fairhaven runners. Newcomers Maddie Meyer (20:28) and Nina Bourgeois (20:44) led the team, finishing 1-2 in their first ever dual meet.

Golf: The golf team also remained undefeated this week, easily winning all three of their games. Against GNB Voc Tech, the boys won 180-82, with Jacob Durocher leading the team with a one-under par 35. The boys then defeated Bourne in a closer 177-155 win. This time, Jackson Mitchell led the team with a personal-best 35. The boys wrapped up their successful week with a win over Seekonk, with Collin Fitzpatrick shooting a 38 to lead the 7-0 Bulldogs.

Volleyball: This week was a big one for the Lady Bulldogs. Despite losing twice this week to out-of-conference New Bedford, the Lady Bulldogs managed to earn their first victory of the season over Dighton-Rehoboth in an exciting 3-2 win. Michaelah Nunes was the MVP for ORR, recording 21 assists and 11 aces. Maddie Lee also played well, recording 12 digs and 8 kills. Hopefully, the Lady Bulldogs will be able to continue their SCC momentum to make a run for the state tournament.

Below are the overall team records, followed by the conference records in wins, losses, and ties as of September 21. 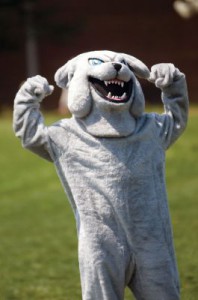