You are here: Home » Sports » Big Week for Bulldog Baseball

There was much hype about the Old Rochester Regional High School baseball team coming into the season. With several returning players from last year and a star in Tabor transfer student Zach Perry, many hoped that the Bulldogs could advance to the state tournament. This week, the boys lived up to the hype. They only needed to win one game out of three to advance to the tournament, but instead they won all three in exciting, decisive games.

The first game was against Bishop Stang, where the boys clinched their playoff berth with a 4-1 victory over the Spartans. Junior Pitcher Andrew Ryan allowed only two hits, and managed to record 10 strikeouts to lead the Bulldogs to the win. Senior Nick Johnson had two hits and a run scored while Teddy Costa contributed with an RBI, and Chris Carando scored two runs.

Possibly even more impressive was the Bulldogs’ victory over the Greater New Bedford Vocational Tech Bears later in the week. Prior to the game, the Bears were the best team in the SCC with a 12-5 record. Thanks to two three-run home runs by Zach Perry, the Bulldogs crushed the Bears with a final score of 12-4. Sophomore Pitcher James Leidhold was credited with the win. Leidhold played well, allowing only one hit. Luke Mattar and Tyler Zell also each had two hits. Junior Kiernan Besse also had a great game, recording a single, a triple and two doubles. He also managed to score two runs and had two RBIs. Besse credits the Bulldogs’ strong lineup for the late-season wins.

“Honestly, our lineup is as solid as it gets from top to bottom,” Besse said. “Someone, or sometimes even the entire team, steps up and has a big game for us every day. That’s what can carry us through the playoffs, our team’s ability to step up in big games.”

The boys won their final regular-season game against Coyle-Cassidy just two days later, 2-1. Thanks to the final three victories, the ORR Bulldogs finished the regular season with a record of 12-8. Possibly more importantly, the Bulldogs qualified for the state tournament. The boys will find out which team they are facing in the opening round when the seedings come out this week on the MIAA website. 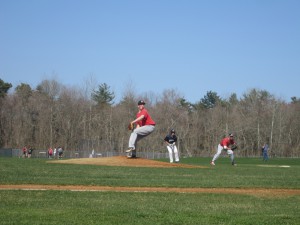