You are here: Home » Schools » ORR Gets Into the Holiday Spirit

Last Thursday, Old Rochester Regional High School held their annual Senior Superlatives Gala. Hosted by School Principal Michael Devoll and Drama Club Director Paul Sardinha, the event was a fun-filled night for all who attended. Profits from ticket sales went towards yearbook club to defer the cost of the 2013-2014 yearbooks.

In other news, the National Honor Society is wrapping up their Thanksgiving food drive while starting up a book drive. The Thanksgiving drive – while not as successful as in previous years – had a decent turnout. All food donations will be given to families in the Tri-Town. The book drive, which started November 18, is a collection for fiction and nonfiction books for students in kindergarten through third grade. At the end of the collection, the books will be donated to the Renaissance School in New Bedford.

AFS club has also been busy these past few weeks. The club ran their third annual pie sale for the Thanksgiving season. Faculty and staff of the high school and junior high placed orders for a total of 67 pies. All the pies were homemade by students involved with the AFS club. They were delivered Wednesday morning, just in time for Thanksgiving. Proceeds from this fundraising are going toward AFS club’s trip to Arcola, Ill., in April. 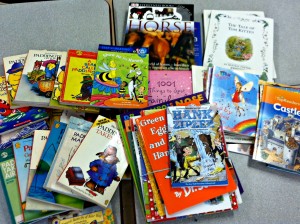