After intermission, the boys returned to the stage for the formal wear segment. Escorted by either family members or friends, the boys looked dashing in tuxedos generously donated by Main Street Formals.

A couple boys decided to make their own fashion statement. Zell dressed as the Pope and Kvilhaug sported a traditional toga.

The most amusing escort had to be Mrs. Maureen Bowen, accompanying her son’s friend, Besse, while wearing a tall blonde wig, pink gown, and black boa.

The final section of Mr. ORR was the question and answer segment, where the night’s host, Paul Sardinha, asked questions such as, if you could be any crayon in the coloring box which would you be and why, and are you more of a hunter or a gatherer?

ORR is adopting uniforms next year, and Mr. ORR gets to decide the dress code. “What will it be?” asked Sardinha. “What is your best memory of ORR?” he also asked.

While some participants were stumped by the questions, others charmed their way to the top with clever answers. A panel of nine teachers from ORRHS sat as judges, eventually picking Talon Gomes as the night’s winner.

“When we all work together we can perform so much more efficiently and really come together as one,” said Gomes. “I believe we are improving school spirit by demonstrating these acts of leadership.”

This teamwork is especially significant since last year’s Mr. ORR was cancelled due to disagreements between the junior and senior classes.

“We collaborated together this year because, essentially, we want this leadership to spread throughout all the classes,” Ms. Gomes said. “I love the junior class officers. We have meetings together all the time.”

In the end, the hard work of both class governments paid off.

“We had to organize the whole event and we had trouble with the music on the night of the production,” said Gomes, “but everyone really pulled together and the participants did a great job, especially Paul Sardinha, who had very eccentric costumes.”

Sardinha, known for his great directing for ORR’s drama club, traditionally dresses in drag when he hosts Mr. ORR. This year, Sardinha wore a blonde wig and a purple dress for the first half of the night. For the second half, he wore the flamboyantly feathered costume of “Mayzie” from “Seussical the Musical.”

Overall, the night had a great turnout. Students are hopeful the hilarious fundraiser will continue as an annual event for years to come.

In other news, ORRHS hosted an engineering seminar during fourth period last Wednesday. Roughly 45 students took the opportunity to learn about six specific fields of engineering straight from professionals themselves.

Julia Nojeim, a junior at ORR and teacher’s assistant to Technology Teacher Thomas Norris, had been helping plan the event since February.

“[Norris] thought it would be a good idea to get students of ORR interested in engineering and more aware of the careers in engineering,” said Nojeim. “It was a lot of networking.”

”I think everybody there got a lot out of it, about what opportunities there are in engineering that maybe they didn’t know of,” said Nojeim. “I know a lot of people hadn’t heard of a packaging engineer before, so I think it was great to kind of open up people’s eyes to careers in engineering [they] might not have heard about.”

The students definitely learned a lot about going into an engineering career. Aside from going into their specific area of work, the engineers informed the students about what classes to take in college.

”I learned that there’s a lot of physics and chemistry”, said Nojeim. “It was very interesting to see how you can have a packaging engineer and a chemical engineer, but how they still had to major in the same things and take the same classes.”

This information was especially helpful to seniors who may or may not have taken engineering classes during their time at ORR.

“We have a lot of electives in math and science, and we have an entire technology program that Mr. Norris runs. We have classes like Intro to Engineering, Principals of Engineering, Architecture, Multi-Media Design, Graphic Design,” explained Nojeim. “We have a bunch of classes structured in it, so ORR is definitely a very fostering place for science, technology, and engineering.” She pointed out, though, that scheduling could occasionally be a problem for aspiring engineers,

“Not everybody takes the engineering classes because they don’t fit in people’s schedules,” said Nojeim, “so [the seminar] was a great way to get anybody who could be interested involved in engineering.”

Nojeim is hopeful that the seminar will continue in future years. 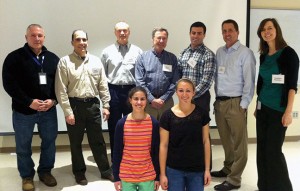 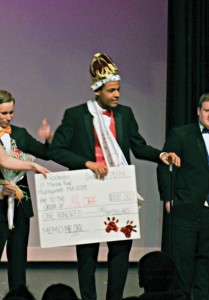 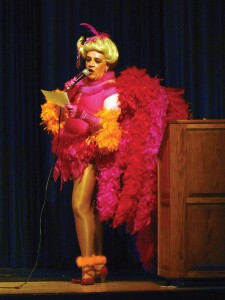 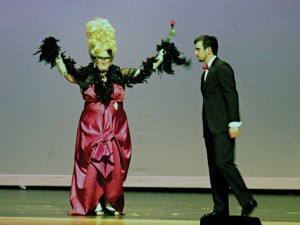