Old Rochester Regional High School held their annual “New Student ORRientation” on Friday, August 23. All incoming freshmen were invited to the orientation, as well as school choice students, exchange students and those new to the Tri-Town. The event ran with the aid of several ORR staff and around 40 volunteer ORR students.

The orientation began in the high school’s auditorium, where the students and their parents were addressed by Principal Michael Devoll. Devoll first had the volunteer students introduce themselves, stating their name, grade and involvement in the school community. In this way, the new students and their parents could see the wide range of clubs and athletics the school offers, including everything from art club to math team.

Devoll spoke to the audience about the importance of one’s studies. He mentioned the academic help available at the high school, whether it’s staying after school with a teacher or getting help from a fellow student in the math lab. His address was followed by Vice Principal Michael Parker, who spoke about basic procedures in the school’s handbook, such as the cell phone policy and rules regarding backpack use. Nurse Kim Corazzini explained the school’s policy regarding medication use, and Athletic Director Bill Tilden addressed the new students on behalf of all of the sports teams.

To conclude this part of the orientation, portions of the 2013 graduating class’s senior video were shown on the big screen. Highlights like homecoming skits, talent shows and the senior trip to Ned’s Point made the new students excited to start their education at ORR.

At this point, the students were brought to their alphabetically organized homerooms, the classrooms that will kick off every school day for the remainder of their high school experience. Parents remained in the auditorium for a presentation on school day schedules, technology use at ORR and class level difficulty. The presentation was followed by a Q&A session with administration and some of the student volunteers.

In the new students’ homerooms, the orientation was continued by student volunteers. The new students were given a tour of the high school, followed by a fun quiz on ORR’s layout. They were given their locker combinations and a chance to locate their locker. Any troubles opening lockers were quickly resolved with the help of an ORR staff member. The new students were also given their schedules for the upcoming school year. Student volunteers explained the unique class rotation and lunch schedule, hoping to ease first-day jitters.

As orientation came to a close, the nervousness surrounding the new students turned to an eagerness to kick off the school year. All were prepared for the first day of school earlier this week on August 27. 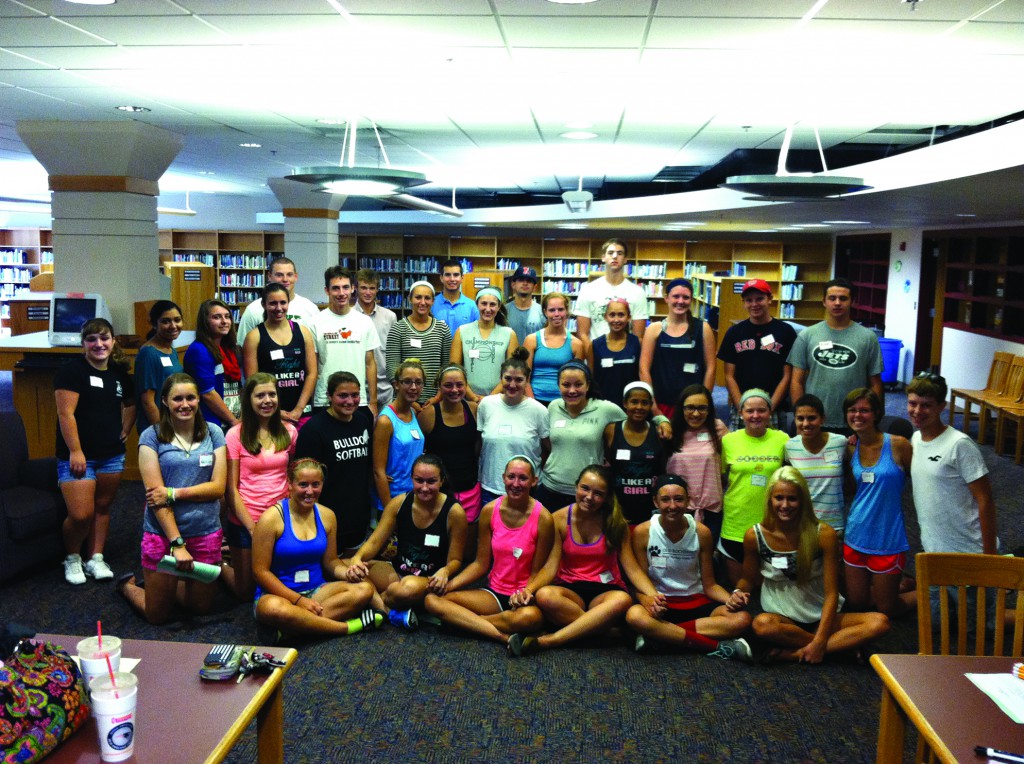