William Frederick Hingston of Marion, MA, formerly of Needham, age 93, died November 23, 2017, after a brief illness. He was predeceased by Christina K. Hingston, his beloved wife of 63 years who passed away in 2016. He is survived by his children Mark (Ann) Hingston, Jane (Kim) Peck, and Kathryn (Bill) Carroll; six grandchildren Robert, David (Amy) and Christopher Peck and Andrew, Emily and Allison Carroll; and two great-grandsons, Michael and Matthew Peck. The family will receive friends at the Saunders-Dwyer Mattapoisett Home for Funerals, 50 County Rd. (Rte. 6, east of North St.) in Mattapoisett, on Saturday, December 2nd from 11 am – 1 pm. A private burial is planned in Marion. In lieu of flowers, donations in his memory may be made to the charity of your choice. For directions and guestbook, please visit www.saundersdwyer.com.

Bill was born on February 23, 1924 in Liverpool, England, to Margaret Mary (nee Hughan) and Frederic Randolph Yea Hingston. He was the middle of three children, John Hingston, his older brother and Rita Reeves, his younger sister both predecease him. His father died when he was quite young and to help his struggling family, he started work before the age of 10, while attending Liverpool schools. After the start of World War II and surviving the Liverpool Blitz, he joined the Royal Navy Fleet Air Arm and served as a radio installer on United States aircraft shipped over and assembled in India. Meeting young Americans in India gave him the idea that the United States was the place to be. His wartime experience also gave him a start on his professional career.

After the war, Bill attended technical college and worked for Pye Marine where he invented and patented an inexpensive sonar based depth gauge for boats. Bill married Christina K Turner of Birkenhead in 1953. He was hired by RCA and Bill and Christina with their three children emigrated from England to the United States in 1961 where they lived in Cherry Hill, N.J. for many years and became U.S. citizens as soon as they could. The family moved to Needham, Mass. in 1971 where he continued a distinguished career as a senior electronics engineer with Raytheon and Wang Laboratories. He and Christina retired to Marion in 1992.

For 25 years, Bill and Chris lived on Cottage Street in Marion and enjoyed a wide range of activities and made many wonderful friends. Bill took particular pride in marching in the annual Marion Fourth of July parade alongside U.S. veterans, who had graciously invited him to join them. There was no prouder grandfather in America than when two of Bill’s grandsons, Robert and David, who served in the Army and Marines during the Iraq War, were honorary parade marshals.

He was always interested in astronomy, science and lifelong learning. Throughout Bill’s life, he enjoyed playing chess and bridge. For more than 40 years, Chris and Bill and their longtime friends enjoyed a wine tasting group. He was an accomplished sculptor and potter. He volunteered as a math tutor for students studying for the G.E.D. exam. Bill was sure we could all grasp mathematics with the right instruction. He loved Laugh-In, Monty Python, Benny Hill, and puns. And he loved America, where he had been able to build a great life for Chris and their children.

The family is deeply grateful to Bill’s Marion friends and neighbors for their friendship and great kindness during his last years. We are also grateful for the care he received from Marion Fire & EMS personnel, Tender Hearts, Sippican Health Care Center, and Tobey Hospital. 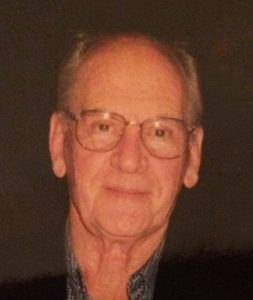