Ulrich F. W. Ernst, age 73, of Mattapoisett, MA, died on February 21, 2018, with his family and friends by his side. He was born in Bückow, Germany, and grew up in (West) Berlin. He studied economics at the Freie Universität, Berlin and at the Christian-Albrechts Universität Institute for World Economy, Kiel, Germany. He came to the US in 1966, receiving his Ph.D in economics at Indiana University in 1973.

He was employed by Abt Associates in Cambridge, MA, and Bethesda, MD; by DAI in Bethesda, where he served as Chief Economist; and by the US Agency for International Development where he was an Economist in the Foreign Service. His work spanned the developing world, with postings in Morocco, Central America, and Sri Lanka. He found some of his most interesting short-term projects in Ukraine, Moldova, Ghana, Armenia, and Palestine. After retirement he continued consulting, almost to the time of his death. His last work was developing a structural model to predict the local content of major investments in the LNG sector in Tanzania. Work on that model is being carried on by colleagues at DAI.

Throughout his career, he had the rare ability to use sophisticated mathematical and econometric tools in practical ways, making them understandable and useful to decision-makers in the US government overseas and in foreign governments. He loved mentoring young professionals in the countries where he worked and helped their careers whenever possible.

Besides his commitment to his work, he was an avid and skilled amateur nature photographer, an enthusiastic (though less skilled) wood worker, and aspired to playing the bagpipes and clarinet. He was an advocate of liberal causes, serving as co-chair of the Mattapoisett Democratic Town Committee. Throughout, he never lost his ties to Germany, returning each summer to explore a different part of his reunified homeland with a group of his former schoolmates.

“Rick” is survived by his wife Dianne Tsitsos; sisters-in-law Mary Tsitsos of Mattapoisett and Katherine Tsitsos of Aegina, Greece; nephew Bill Tsitsos of Baltimore, MD, and many dear friends in the US, Germany, and elsewhere in Europe and Asia.

A memorial gathering will be held at his home on Saturday March 3rd from 2 to 5 PM, with a brief service of remembrance at 3 PM.  Arrangements are by the Saunders-Dwyer Mattapoisett Home for Funerals, 50 County Rd., Mattapoisett.  For online condolence book, please visit www.saundersdwyer.com. 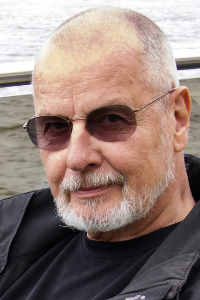