You are here: Home » Obituaries » Thomas A. Dutra

He was born in New Bedford and lived in Acushnet then in Mattapoisett for many years before moving to Wareham 5 years ago. He served in the U.S. Navy from 1970 to 1974.

Mr. Dutra worked as a maintenance mechanic for Crystal Ice for many years before retiring.

Thomas was a man who cared deeply for those around him. He always put others first, and would do anything to help someone he felt was struggling. He worked tirelessly to ensure that family, friends and neighbors had everything that they needed. He was known for fixing things, and would fix anything for anybody.

Survivors include 3 daughters, Kathryn L. Davis and her husband Scott of Westport, Jennifer Brooks and her husband Peter of Norton and Bethany Kaplan and her husband Nathan of Waltham; a sister, Diana Dean of New Bedford; a sister-in-law, Martha Dutra of Fairhaven; 3 grandchildren; many nephews, nieces, and close friends in his neighborhood. He was the brother of the late Michael Dutra and Leonard Dutra, Jr. 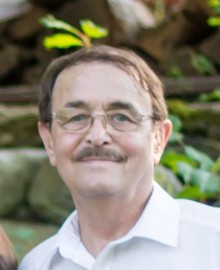