Rod served in the U.S. Army as a Master Sargent after graduating high school. By trade, Rod was a professional meat cutter from 1949-1997 and was employed at A&P and then the Marion General store. He then started a new career in shellfish aquaculture and became General Manager at Taylor Cultured Seafood in Fairhaven from 1997-2016. During the 1960’s he served proudly as a volunteer fireman at the Dartmouth Fire Department, District 3. Rod was an active member of the First Congregational Church in Marion where he served on many boards and committees including the Board of Deacons. He was the former Church President and Treasurer of the original Penny Pinchers associated with the church.

Rod was a Master Mason and Brother of the Abraham H Howland Jr. Lodge in New Bedford and served on the New Bedford Council of Royal and Select Master Masons, and the Sutton Commandry #16.

Rod was a unique man, known for his sense of humor and positive presence in the lives he touched and will be missed immensely by all, especially his loving family.

He was predeceased by his beloved first daughter, Valerie A. Taylor, and is survived by his children; Rodman E. Taylor Jr, Clayton Taylor, Deborah McCann, Susan Taylor and his stepchildren Stephen Taylor, Joseph Taylor, Ellen LaChance, Patricia Taylor; many grandchildren and great grandchildren; his brother Alden Taylor and his sister Lois Ainsley.

A memorial service will be held at 2 pm on Saturday, July 7th at the First Congregational Church of Marion, MA. Family and friends are welcome to a gathering with refreshments immediately after the service in the Church Community Center behind the Marion General Store. In lieu of flowers, donations can be made in his memory to the ALS Association Massachusetts Chapter, 685 Canton St., Suite 103, Norwood, MA 02062. 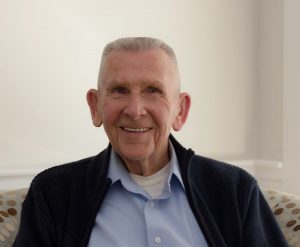