Robert N. Lavallee entered into the joy of the kingdom of God on Tuesday November 28, 2017. Bob died as a result of complications from metastatic lung cancer.

Bob was born in New Bedford in 1958. He graduated from St. Anthony’s High School. In his youth Bob was an avid dirt bike rider and motorcycle enthusiast. As he grew older he received and answered the call to duty to New Bedford as a firefighter and to the neighboring town of Rochester as a police officer. He was an active member of the Fire Fighter Honor Guard and a member of the Board of the Directors of the New Bedford Fire Museum.

Many people of the North End will remember him as the talented unicyclist who often rode his unicycle 3 to 4 times per week for 12 miles per day.

As a member of St. Joseph-St Therese Parish, Bob ministered to the sick and homebound as a Eucharistic Minister.

Bob was known as a person of integrity and service. His devotion and helpfulness to his family, friends, strangers and especially his fellow firefighters will always be remembered and greatly missed.

He leaves his mother, Therese Lavallee; his brothers, Donald and Maurice Lavallee and their wives Joyce and Diane; his sisters, Marie Bonneau and Diane Campeau and their husbands, Bruce and George. He also had several nieces, nephews, great nieces and a great nephew.

He was predeceased by his father, Deacon Maurice Lavallee.

His visitation will be held on Sunday December 3rd from 3-7 pm at the Saunders-Dwyer Home for Funerals, 495 Park St., New Bedford. His Funeral Mass will be celebrated on Monday December 4th at 10 AM at St. Joseph-St. Therese Church in New Bedford. Burial will be private. In lieu of flowers, contributions in his memory may be made to the New Bedford Fire Museum, 51 Bedford St., New Bedford, MA 02740. For directions and guestbook, please visit www.saundersdwyer.com. 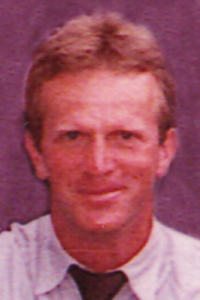