Paul Revere Pearle, 90, of Marion, formerly of Wareham and Marshfield, died Wednesday, December 27, 2017 at Royal of Fairhaven Nursing Center after a long illness. He was the husband of Geraldine L. (Vallier) Pearle.

Born in Woburn, he was the son of the late Frederick C. and Margaret (Cunning) Pearl. He moved to Marshfield as a child, and graduated from Marshfield High School, class of 1945. He served in the U.S. Navy during World War II, and returned to Marshfield where he lived until 1973 when he moved to Wareham. Mr. Pearle has lived in Marion since 2006.

A master electrician and general contractor, Mr. Pearle owned and operated Pearle Electric, and Paul Revere Restoration. A specialist in the preservation of historic buildings, Mr. Pearle was active in the restoration of the Tobey Homestead in Wareham, and the On-I-set Wigwam at Crescent Park. He resided in the Lt. Prince Burgess House in Wareham, that was built in 1683 and believed the oldest house in Plymouth County.

Mr. Pearle was a longtime parishioner of St. Patrick’s Church in Wareham and was a member of the Knights of Columbus Damien Council # 4190 in Mattapoisett. 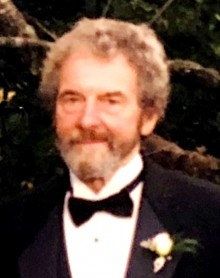