Michael J. “Mike” McQuade, 58, of Mattapoisett passed away unexpectedly on Tuesday, November 20, 2018. He was born in New Bedford, son of the late James and Lily (Peck) McQuade.

He was currently employed as an electrical engineer by Johnson Controls, formerly Tyco, where he worked for the past 19 years. He was proud of a patent that he had designed for Tyco. Prior to that he was employed by Parson Engineering, designing the fire and security system for the Big Dig Project.

Mike’s passion was to run. In 2013 he was abruptly stopped short of the finish line of The Boston Marathon, but was able to complete the race the following year. He also participated in many local races and enjoyed the time he spent with his New Bedford YMCA and running friends.

He loved to be with nature, watching the osprey dive into the water and catch fish while his line stayed empty. He loved to walk the beach, bike on the Fairhaven bike path and kayak in the harbor. He also enjoyed participating in the First Friday Group with his father-in-law, Joel.

What Mike loved most was his family. He met his wife, Jerilyn, in 1983 and they became inseparable, never wanting to be apart. Most important to him were his boys, Myles and Emmett. His love for them and watching them grow gave him the most joy and he was so proud of them.

He was a great, great man that always could make you laugh, had a heart of gold and a passion for life that has left us with very empty hearts.

His Funeral Mass will be held on Friday, November 30th at 10 am at St. Anthony’s Church in Mattapoisett, with everyone meeting directly at Church. Visiting hours are omitted and burial will be private. In lieu of flowers, memorial donations may be made toward Mike’s sons’ education, c/o Jerilyn McQuade, and mailed to Saunders-Dwyer Home for Funerals, P.O. Box 1447, Mattapoisett, MA 02739. For online guestbook, please visit www.saundersdwyer.com. 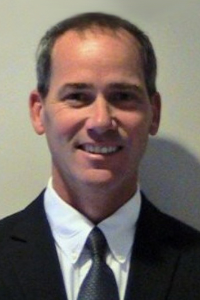