Marion Anne (Nicholson) Cannon, 81, of Mattapoisett passed away peacefully on Friday February 24, 2017 at Sippican Healthcare Center after a long illness.  She was the wife of the late Don E. Cannon.

Born in Boston, the daughter of the late George and Helen (Beaton) Nicholson, she was a 1953 graduate of Dedham High School.  She met Don on a blind date and they married in 1957.  They lived in Indiana, New York, and Swansea, MA, before settling in Mattapoisett in 1988.

Marion and her late husband were the proprietors of Village Cleaners in Mattapoisett.  She had previously worked for Blue Cross Blue Shield in Boston and at Peerless and Edgars in Swansea.

She was predeceased by her great-granddaughter, Aaliyah Wilson and her son-in-law, John Jackson.

Her Funeral Service will be held on Tuesday February 28, 2017 at 11 AM at the Saunders-Dwyer Mattapoisett Home for Funerals, 50 County Rd., Route 6, Mattapoisett.  Visiting hours will be on Monday from 4-8 PM.  For directions and guestbook, please visit www.saundersdwyer.com. 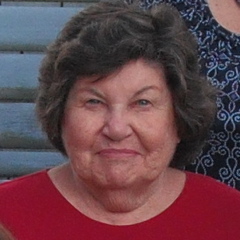