Manuel C. Rosenfield, retired history professor, Coast Guard officer and long-time resident of Mattapoisett, died Wednesday, February 22, 2017 after a brief illness. An educator for nearly 60 years, Rosenfield was a former chairman of the UMass Dartmouth History Department, a former member of the Old Rochester Regional School Committee, and The Standard-Times 2014 Mattapoisett Man of the Year.

Born in Boston in 1931, Rosenfield received his bachelor’s degree in history from Boston University at 19. In 1950, while pursuing graduate studies, he was drafted into the Korean War and served as a deck watch officer in the U.S. Coast Guard for four years.

In 1957, Rosenfield moved to London to complete his PhD in history at the University of London. While there, he met Dora Empson, M.D., of Scunthorpe in Lincolnshire. They married in 1961 and moved to Boston, where he was a professor of history at Lesley College, and she completed an internship and residency. From there, Rosenfield moved to Mattapoisett and taught English history at UMass Dartmouth (formerly Southeastern Massachusetts University) until his retirement in 1996. He estimated that he taught more than 10,000 students and emphasized spending time with them inside and outside the classroom to get to know where and how they lived and the challenges they faced.

A dedicated community volunteer, Rosenfield was an active member of the Masons, from whom he developed his life philosophy. The society emphasizes community service and outreach, something Rosenfield practiced every day in retirement. His mother lodge was Star in the East of New Bedford, but he regularly attended lodges in Marion, Wareham, and Westport, and visited other lodges throughout Massachusetts.

Rosenfield also served as chair of the Mattapoisett Library Committee, where he oversaw the rehabbing of the basement into a learning center where kindergartners could have class.

He is survived by his wife, Dr. Dora Rosenfield, of Mattapoisett, his daughter, Sarah E. Worley and son-in-law Nathanael Worley of Marion, his brother David Rosenfield of New Bedford, and his beloved granddaughter, Nina Batt, of Los Angeles.

His Visiting hours will be held on Saturday, March 11th from 1-5 PM beginning with his Memorial Service at 1 PM and ending with a Masonic Service at 5 PM in the Saunders-Dwyer Mattapoisett Home For Funerals, 50 County Rd. (Rt. 6), Mattapoisett. A private burial with military honors will take place later in the month at the Massachusetts National Cemetery in Bourne. For directions and on-line guestbook, please visit www.saundersdwyer.com. 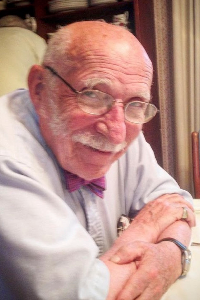