You are here: Home » Obituaries » Leo J. Belanger
Leo J. Belanger, 92, of Mattapoisett died peacefully on Monday November 28, 2016 at Tobey Hospital. He was the husband of the late Anita T. (Desroches) Belanger.
Born in Northbridge, the son of the late Majorique “Jerry” and Diana (Leclerc) Belanger, he was raised in New Bedford before moving to Mattapoisett in 1989.
Mr. Belanger was a communicant of St. Anthony’s Church.
He was formerly employed as a firefighter with the New Bedford Fire Department for many years before retiring as District Fire Chief. He was also a repair technician at Sears in Dartmouth.
Mr. Belanger was a member of the New Bedford Track Club and enjoyed tennis and ping pong. He enjoyed daily coffee at the coffee shop with his friends.
During World War II, he served in the U.S. Navy.
Survivors include his daughter, Janet Tremblay of Mattapoisett; a granddaughter, Nicole Harrington and her husband Stephen of Mattapoisett; a sister, Doris Richard of Fort Myers Beach, FL; 3 great-grandchildren, Aiden Harrington, Elizabeth Harrington and Owen Harrington; and several nieces and nephews.
He was the brother of the late Jeanette Gifford, Dorothy Almeida and Pauline Picard.
Funeral from the Saunders-Dwyer Mattapoisett Home For Funerals, 50 County Rd. (Rt. 6) Mattapoisett Thursday at 10 AM. Funeral Mass at St. Anthony’s Church, Mattapoisett at 11 AM. Burial will follow in Sacred Heart Cemetery. Visiting hours Wednesday from 6-8 PM. For directions and guestbook, please visit www.saundersdwyer.com. 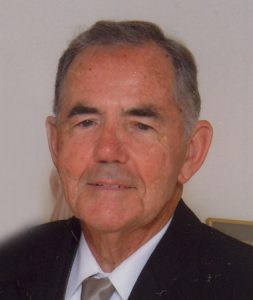