It is with great sadness and broken hearts, that the Beatriz and Perkins’ families suddenly lost their treasured Francis “Frank” Charles Beatriz, 56, of Mattapoisett, on Monday, August 27, 2018. His beloved wife of 24 years, Betsey Winslow (Perkins) Beatriz, 55, passed unexpectedly later that day.

Frank was born and raised in New Bedford, the son of the late Francis L. and Barbara A. (Mello) Beatriz, of New Bedford.

Betsey was born in Wareham, the daughter of Calvin F. Perkins, Jr. and Donnetta J. (Young) Perkins, of Mattapoisett.

Frank was employed as head chef at Whaler’s Cove Assisted Living and had worked and made close friends in many local restaurants and nursing homes.

He was a member of the Machacum Club and the Mattapoisett Lions Club. Frank loved his Boston sports teams, especially the Red Sox, Celtics and Patriots. He spent many valuable days, drinking craft beers with his father in law watching the games, enjoying every minute, even when they lost. He loved to spend quality time kayaking and fishing with his son, Andrew. He was the most reliable first mate to his father in law, often embarking on adventurous catboat sails together. At night, Frank would hang out in his man cave, listening to his vast collection of classic vinyl records.

Betsey was formerly employed as a C.N.A. at St. Luke’s Hospital, Sippican Nursing Home, and as a P.C.A. lovingly caring for multiple elderly women in their homes. Most recently, she worked as a receptionist at the Women’s Center in New Bedford helping women in need. She was a board member for the Mattapoisett Council on Aging. Betsey enjoyed spending time with her husband, son, and large family. She was extremely devoted to her two dogs; her pug Buster, and her lab Molly. Betsey loved all animals with her whole heart, especially pugs. She was so passionate about helping pugs that she would foster animals that no one else would take on. Betsey also loved going to the casino and dancing at Zumba class.

Both Betsey and Frank were volunteers for the Fairhaven Community Nurse’s Hospice, and were also volunteers for F.I.S.H. of Mattapoisett. They loved going on vacations together, especially cruises and trips to her mother’s native country of South Africa.

Frank is survived by his son, Andrew Perkins of Mattapoisett; his brother, Daniel Beatriz and his wife Joanne of New Bedford; his sister, Donna Curcio and her husband Michael of Fort Myers, FL; his uncle Carl Mello of Dartmouth, MA.

Frank was predeceased by his cherished niece, Susanne McGowan.

Betsey is survived by her parents; her son, Andrew Perkins and his partner Miguel Moreno; her 4 sisters, Sarah Couto-Lagasse and her husband Robert of Warwick, RI; Jennifer Klein and her husband Gilbert of Casco, ME; Hope Perkins and her companion Paul Neves of Mattapoisett; Amy Henry and her husband Jonathan of Marion. They have an extensive extended family in the United States and South Africa.

Betsey and Frank were the beloved aunt and uncle to Michael, Jeffrey and Jessica Beatriz, Elizabeth and Keith Goudreau, Kyle, Hannah and Grace Henry, Zebediah Perkins, Peyton, Justis and Averey Klein; and the great-aunt and great-uncle to Ajax Goudreau. They also have many uncles, aunts, and cousins who will miss them dearly.

Their visiting hours will be held on Friday, September 7th, from 4-8 pm at the Saunders-Dwyer Mattapoisett Home for Funerals, 50 County Rd., Route 6, Mattapoisett. Their Funeral Service and burial will be private. For directions and guestbook, please visit www.saundersdwyer.com.

In honor of his parents, Andrew requests that the funeral parlor be filled with beautiful flowers. 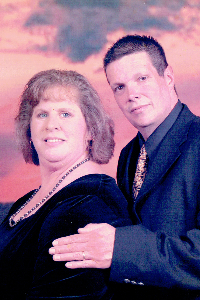