Dorothy Desroches Perry, age 92, of Dartmouth, MA passed on April 24, 2018 at Charlton Memorial Hospital surrounded by her loving family. Dorothy was the wife of the late Raymond O. Desroches and the late Justin Perry, Jr. Born in Acushnet, MA she was the daughter of the late Edwin and Mabel (Whitaker) Beaumont.

Dorothy was a longtime resident of Fairhaven and Mattapoisett. Later in life, she moved to Port Charlotte, FL with her husband Justin. She returned to the area in 2016 living in Dartmouth with her daughter Renee and two granddaughters. In her youth, Dorothy worked at Frem’s Jewelers in New Bedford. She always worked part time in retail and upon the sudden and early death of her husband Raymond and with three young children at home she went to work fulltime for Mars Bargain Land as a jewelry buyer, later successfully working for other businesses in a similar capacity.

Dorothy was an independent, fun-loving woman who loved her family and times spent with them. She knew the names and ages of all 18 grandchildren, 27 great grandchildren, but occasionally she mixed up the names of her six children, especially if she was try to call one in a hurry. Dorothy loved her family, friends, dancing, travelling and playing cards. She especially loved her family. She was a woman of unlimited forgiveness, compassion, and love. She was not judgmental, however if asked she was more than willing to give free advice.

A celebration of her life will be Monday, May 7, 2018 starting at 9:45 am in the Rock Funeral Home, 1285 Ashley Blvd., New Bedford followed by a funeral service at 10:15 am. Burial will be in River-Side Cemetery. Visitation will be Sunday 4-8 pm. In lieu of flowers, gifts may be made to Dana Farber Cancer Institution in memory of Dorothy Perry, PO Box 849168, Boston, MA 02284 or www.dana-farber.org/gift. For online tribute/directions www.rock-funeralhome.com. 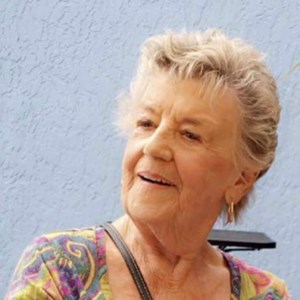