You are here: Home » Obituaries » Charles A. Mead

Born in Lancaster, NH, he was the son of the late Alden and Emma Mae (Hessenthaler) Mead. A previous resident of Norwell, Mr. Mead moved to Marion in 1953.

During the Korean war, he served in the U.S. Air Force 3320th Technical Training Group.

Mr. Mead worked as a box maker for Marian Heath Greeting Cards in Wareham. He also worked for Continental Screw, Cape Cod Shipbuilding, and was the owner of Sippican River Wheel Shop. Enjoying a good adventure, Mr. Mead road his bicycle across the country, as well as to the top of Mt. Washington. He was also known for importing the first VW Type 1 “Beetle” automobile to the area.

He is survived by his nephew, Steven A. Briggs of Marion, and his niece, Rita St. Germaine also of Marion

Funeral services and burial will be private. 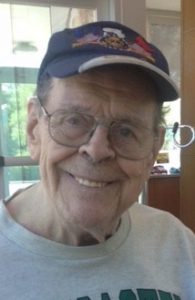