You are here: Home » Obituaries » Barbara B. (Brady) Bodge

Barbara B. (Brady) Bodge, 86, of Mattapoisett passed away on Monday January 15, 2018 at home surrounded by her family. She was the wife of Clifford A. Bodge.

Born in Taunton, the daughter of the late John J. and Helena (Parlow) Brady, she lived in Mattapoisett for many years.

Mrs. Bodge was formerly employed as a librarian at the Wareham Public Library. She later became a realtor for Jack Conway Real Estate, opening the Mattapoisett office where she was the manager for many years until her retirement.

She was a graduate of Simmons College, where she received a Bachelor’s Degree in Library Science.

Barbara enjoyed spending time on the water, in both sailboats and motor boats. She especially loved the companionship of her dog, Ginger. She had been a library trustee for the Mattapoisett Public Library.

Her Funeral will be held on Friday January 19th at 9 am from the Saunders-Dwyer Mattapoisett Home for Funerals, 50 County Rd., Route 6, Mattapoisett, followed by her Funeral Mass at St. Anthony’s Church at 10 am. Burial will follow in St. Anthony’s Cemetery. Visiting hours will be on Thursday January 18th from 4-7 pm. In lieu of flowers, remembrances may be made to MattSail, P.O. Box 947, Mattapoisett, MA 02739 (www.mattsail.org). For directions and guestbook, please visit www.saundersdwyer.com. 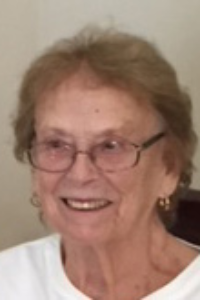