An old cottage sitting by the sea was viewed by many as a knock-down-start-over property, given its age and condition. But then it found a savior, whose love of old homes and talent in seeing the beauty within, came along and bought 91 Water Street in Marion.

Jon Delli Priscoli, who has a background in historic preservation and home restoration, thought the little cottage was exactly what he and his family were looking for. So with an eye towards keeping the basic footprint and exterior façades of the structure intact, Delli Priscoli began renovations.

Most of what he has undertaken and wishes to do to the house will make it a more reasonable and comfortable home for his six-foot three-inch frame, while providing the needs of modern living. He also wishes to widen doorways and some hallways to accommodate easy movement, especially on the first floor.

On January 14, he met with the Marion Conservation Commission to lay out his plans that fall under the commission’s purview.

Delli Priscoli’s application was a Request for Determination of Applicability for a 15-foot lateral extension on the north side that would add 250-square feet, and the addition of a farmer’s porch across the front of the cottage.

“I’m trying to work with what I have,” said Delli Priscoli. “We wanted a cottage and village lifestyle so we don’t plan on changing much.”

After explaining his professional background, it was clear that the commission was pleased this homeowner was keeping the structure aesthetically in tune with the heart of Marion. He received a Negative 2 decision, having no impact on the resource area with no need to file a Notice of Intent, with the condition to use wattles and/or silt screening where needed.

Joseph Sheehan of 17 Nokomis Road came before the commission with a NOI to remove phragmites over a three- to six-year cycle. This was approved.

Susan Wright of 25 River Road, represented by sewer contractor Gill Russell, received approval for her NOI to move forward with the installation of a new septic system.

David Nielsen of 203 Front Street, represented by David Davignon of N. Douglas Schneider & Associates, presented an application for a RDA to repair an existing vertical stone and cement seawall. This was approved and received standard conditions.

Tabor Academy of 215 Front Street, also represented by Davignon for the exact same type of seawall repair, was also approved and was conditioned.

The next meeting of the Marion Conservation Commission is scheduled for January 28 at 7:00 pm at the Marion Town House. 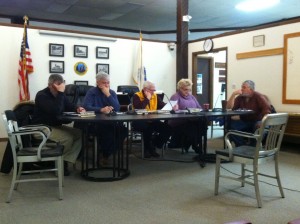