You are here: Home » News » Two Arrested for Sexual Assault in Marion

On Tuesday, August 21, Marion Police Department arrested two subjects involved in the sexual assault of a teenage girl. The incident took place on Tuesday, August 14.  The victim was invited over to the home of one of the suspects, on Whynot Court in Marion, where she was then assaulted by the suspects

Police arrested Andre Ware of Front Street and Xavier Rose of Whynot Court, both 18 years old, on charges of aggravated rape, rape of a child and indecent assault and battery on a person over 14. Ware was also charged with an additional count of assault and battery. 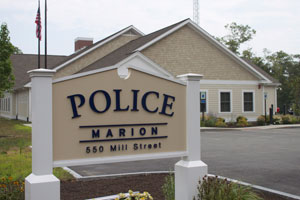