You are here: Home » News » Tax Rate Steady in Rochester

Rochester residents will be relieved to hear that their taxes will not be increasing this year. In fact, they will enjoy a six-cent relief from their tax rate.

On September 21, the Rochester Board of Selectmen approved the recommended tax rate of $14.01 per thousand of value for each property class after a brief presentation by the Board of Assessors.

The town will continue with its single rate tax system for fiscal year 2016 instead of splitting the rate and charging higher rates for businesses, which would shift the tax burden to commercial and industrial property owners.

Charles Shea, assistant assessor, presented the board with several options and their ensuing impacts to residential and commercial taxpayers.

Selectmen Naida Parker and Brad Morse both supported the Board of Assessor’s recommendation.

According to Town Administrator Michael McCue, the levy on the town’s $847 million of land valuation will generate roughly $11.8 million in tax revenue, as reported by Shea.

McCue praised the Board of Assessors for their timely work this year, adding that tax bills will be issued in October – the earliest this has happened in recent history.

“The later the tax bills go out, the more difficult it is to make our financial obligations,” said McCue. “That can lead to borrowing, which is an added expense to the Town and eventually the taxpayers.”

Approval of the tax rate was the only item on the agenda for that evening.

The next meeting of the Rochester Board of Selectmen is scheduled for September 28 at 6:30 pm. 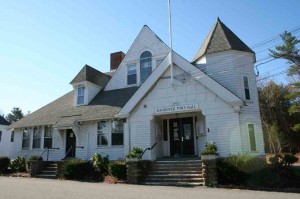