Convening for an emergency meeting, selectmen on April 18 met with members of the Fire Department with concerns over the “deplorable” conditions of a home located at 3 Rose Cottage Lane.

Building Commissioner Scott Shippey, also an on-call firefighter, told selectmen about the condition of the interior of the house when firefighters responded to a possible house fire call at about 5:30 pm on April 17.

“Upon entry…I saw several hazards that would be considered health safety hazards and health issues, so to speak,” said Shippey, as selectmen passed around photos taken from the scene. He said he walked through the basement and the first floor, and said there was no need to visit the upstairs after witnessing the exposed, deteriorated electrical wires, and frayed light fixture wires dangling from the ceiling from the first floor. He said parts of the ceiling were caving in, and daylight was shining in from areas of the house that were “compromised.”

“And I was greeted by rodents,” said Shippey, reluctantly.

A representative from the Board of Health arrived to inspect the premises, and Council on Aging Director Susan Schwager assisted the two elderly occupants in getting them out of the house and into a hotel for the night. Schwager expressed to Town Administrator Paul Dawson her discomfort that members of the press were present and that the meeting was open to the public.

The building was deemed unsafe, and as of 12:00 pm that following day, the Town was lawfully granted the authority to either knock down the home, or board it up to restrict entry into the house — the option Shippey said he would be taking.

Dawson said the occupants will not be allowed to return to reside in the home until the entire house is brought back up to code; meanwhile, the utilities to the home have all been shut off.

Shippey told selectmen there was no actual fire that night, only a malfunction of the furnace that sent steam into the firebox.

“This is an unfortunate situation,” said Cushing. “I’m familiar with the people…they’re good people.

Dawson said the occupants have been residents of Marion for many years. “We’re going to work with them and get them back in a good place.” 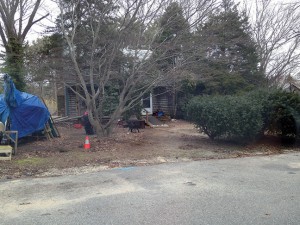