The Rochester Board of Selectmen hired McCue in August of 2014 after town administrator of seven plus years Richard LaCamera retired. McCue was the town administrator of the Town of Avon at the time, and selectmen commented last year that McCue’s background in working with a small town like Rochester, with a population of about 5,200 people, was an attractive quality.

“The Fairhaven opportunity is a chance for further professional development,” said McCue on November 24.

Fairhaven, with a population of just less than 16,000, triple the size of Rochester, is in the process of switching its current position of executive secretary to the selectmen to a town administrator, the first for the town.

McCue was also recently a final candidate for the town administrator position of the Town of Attleboro, but was ultimately not selected for the position.

“The candidacy in North Attleboro was based on the proximity to my home,” said McCue. “It was literally a ten minute drive.” He added that the short commute for McCue, who resides in Mansfield, would have had a positive impact on his family.

Selectman Naida Parker said on November 24 that she was disappointed when McCue first informed selectmen a couple of months ago that he was looking elsewhere for another town administrator position that would further his career.

“I do appreciate the fact that he has given us a heads up,” said Parker. “Rochester’s a really small town. I don’t know if it offers the challenge or the opportunity to move up.”

Parker said she and many who work in the town would miss McCue’s presence should he leave Rochester, and she is happy working with him, she added.

“A number of these positions have come up recently,” Parker said. “Sometimes the timing of things are in such a way… Who knows if another will open up, sometimes not for twenty years or so…”

The Fairhaven Board of Selectmen will hold interviews for the three candidates during a scheduled public meeting on December 5 before making a final decision.

“I truly enjoy working in Rochester and this is not an exercise based on my wishing to leave at all,” McCue said. 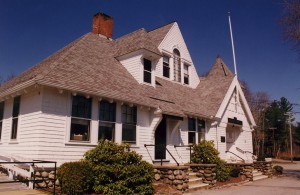