Rochester Fire Chief Scott Weigel presented the town’s new ladder truck to the Board of Selectmen on November 23, nearly two years after Town Meeting approved the appropriation of $75,000 to buy the used engine.

Weigel said he had had his eye on this particular truck for some time, waiting for a chance to make a bid to purchase it at a cost of $85,000, with $10,000 coming from a separate fund.

Weigel said he just wanted selectmen to have a first look at what the town spent its money on, and he lauded the town for its success in acquiring the shiny yellow engine.

“The color is going to stay like it is,” said Weigel. “There’s no money in the budget to make it red.”

Selectmen stepped outside to view the truck and gave it a nod.

“Do we think Santa will be able to fit into it?” asked Selectman Naida Parker.

Also during the meeting, the board appointed Carey Humphrey to the Old Rochester Regional School Committee to fill the seat of former Chairman Jim O’Brien. O’ Brien resigned after accepting a superintendent position in New Bedford.

The town accepted a grant for $42,000 to purchase land in the Haskell Woods area of town. Conservation Agent Laurell Farinon said the land purchase would provide access to existing trails, linking them to surrounding acreage already owned by the Town and the Rochester Land Trust.

Farinon also informed the board that she would be attending a meeting with the Federal Emergency Management Agency to discuss eventual updates to the Cape Cod Watershed FEMA maps. FEMA, said Farinon, is reviewing the maps for accuracy and the Town has been invited to provide input on areas that might be incorrectly labeled as flood plains, or areas that should be designated as flood plains but presently are not.

Town Administrator Michael McCue reported that this has been the best year so far in a long time for tax collection, with $5.5 million of the $5.6 million in tax payments collected before deadline.

“It does wonders for our cash flow,” McCue said. He thanks the Board of Assessors, town staff, and the townspeople for making it happen.

At the end of the meeting, resident Greenwood “Woody” Hartley criticized the board for its handling of the Annual Town Meeting quorum quandary. He said he had hoped those responsible would “fess up” already so the town could move forward.

“It’s being solved the way we are being advised to solve it,” Selectman Brad Morse told him. 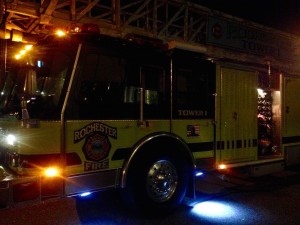