The Mattapoisett Conservation Commission voted unanimously to recommend Elizabeth Leidhold as a part-time Conservation Agent.  The vote was made at the Commission’s regular meeting on the evening of Monday, July 23.

“We all feel she is eminently qualified for the position,” said Commission Chairman Peter Newton.

Leidhold, who held the agent position back in the early 1990’s, has a wealth of experience working in towns such as New Bedford, Lakeville and Mansfield.  She is a Connecticut native but moved to the Tri-Town in 1987.  She volunteers for several programs in the region including the Marion Natural History Museum.

Leidhold was the only candidate to submit a letter for the position, which was advertised in the local newspaper.  The Conservation Commission will submit a letter of recommendation to the Board of Selectmen for Leidhold to be appointed.

There were originally two hearings on the agenda, including a proposed housing project on Grand View Avenue that has recently sparked a lot of discussion.  Both hearings, however, were postponed until the Commission’s next meeting.

The Mattapoisett Conservation Commission will meet again on Monday, August 13 at 6:30 pm in Town Hall. 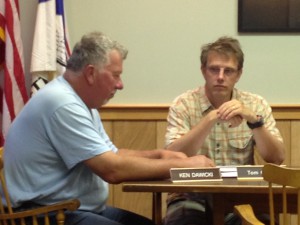