The purchase of electronic cigarettes, or “e-cigarettes,” in Marion will soon be limited to adults age 18 and older after the Marion Board of Health voted this January to join other towns in an effort to protect children from nicotine addiction and the unknown dangers of e-cigarette use.

E-cigarettes have grown in popularity for adults as a “safer” alternative to smoking cigarettes, but minors have also discovered the novel, accessible, and inexpensive form of nicotine, which comes in an array of candy and fruity flavors.

Judith Coykendall of Seven Hills Behavioral Health Tobacco-Free Community Partnership candidly discussed the dubiety of the e-cigarette during a phone interview after the regulations were adopted.

“It’s got a lot of nicotine in it,” said Coykendall, “and we are really concerned about it.” She stated that the tobacco industry really “snuck one in on us” with e-cigs, buying up different brands when the devices became popular. She said the tobacco industry classifies e-cigs as “entry-level introduction market use,” a rather ominous category designed to appeal to minors and procure future nicotine addicts.

Marion adopted the Enhanced Youth Access Regulations, proposed by Coykendall and the Tobacco-Free Community Partnership, that add a new definition of “nicotine-delivery products” to include e-cigarettes. The enhanced regulations take effect on April 15, 2014.

The e-cigarette is designed to resemble and be used in the same manner as a real cigarette, but slender, tube-shaped pipes are also sold for the same use.

The battery-operated, rechargeable device electronically heats a liquid containing a synthetic form of nicotine and creates a vapor that delivers a tobacco-free and smoke-free version of nicotine that the user puffs and inhales. The e-cigarette industry often refers to the process of smoking e-cigs as “vaping.”

Coykendall pointed out that, although often used as a smoking-cessation device, the United States Food and Drug Administration (FDA) has never approved e-cigarettes for the cessation of smoking, and e-cigarette users are inhaling a dubious concoction of nicotine and other unknown, possibly unsavory ingredients like carcinogens and harmful chemicals.

An FDA press release from 2009, titled “FDA Warns of Health Risks Posed by E-Cigarettes,” disclosed the findings of a preliminary analysis of a small sample of the solutions from two major e-cigarette brands.

“One sample was found to ‘contain diethylene glycol, a toxic chemical used in antifreeze,’” the press release states. “Several other samples were found to contain carcinogens, including nitrosamines.”

E-cigarette stores that sell “e-Juice” of every flavor have begun popping up, where Coykendall said users bring their devices and ask the clerk to “mix me up an e-cigarette.” The refillable devices and e-Juice are also sold online.

“We don’t know where [the stores] are getting it from,” said Coykendall, “and we don’t know how [it’s] being made.”

Marion’s newly approved enhanced regulations also prohibit the sale of tobacco products and nicotine-delivery devices such as e-cigarettes in educational and health institutions, including pharmacies in Marion. Furthermore, the sale of “blunt” wraps in Marion is also prohibited.

The regulations also require all businesses that hold permits to sell tobacco or nicotine products to post signage, provided by the Marion Board of Health, that displays referral information about smoking cessation.

Vendors must also post a sign that states, “The sale of nicotine delivery products to minors under 18 years of age is prohibited,” and a third sign stating “The use of e-cigarettes at indoor establishments may be prohibited by local law” must be posted wherever e-cigs are sold.

Rochester was the first of the Tri-Towns to enhance their nicotine-delivery device and tobacco regulations, and currently Mattapoisett’s Board of Health is deliberating the same.

In the meantime, Coykendall implores parents to warn their children about the dangers of e-cigarettes and advise kids not to try them. The FDA warns that, in addition to looking like cigarettes, some e-cigarettes are designed to look like other everyday items such as pens and USB memory sticks. 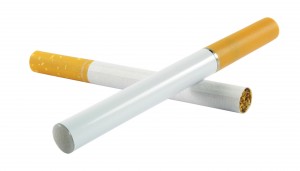