On Friday, March 29, 2013 at 11:56PM, Marion Police and Marion Fire/EMS responded to a report of and injured person in the roadway, possibly struck by a vehicle, on Route 6 (Wareham Road), just east of the Point Road intersection.

Several motorists had found the victim, Nathan Andrade, age 35 of Wareham, lying in the road.  The motorists stopped and rendered assistance and called 911.

Marion Fire/EMS treated the victim and transported him to Tobey Hospital in Wareham.  He was later taken by Med Flight helicopter to Beth Israel Deaconess Hospital in Boston, with serious injuries, where he remains as of this date.

Investigators are seeking anyone who may have information on this case to call Marion Police at (508)748-1212.

This incident remains under investigation by Det. Scott Smith and Sgt. Marshall Sadeck of the Marion Police Department and the State Police Detective Unit assigned to the Plymouth County District Attorney’s Office and the Massachusetts State Police Collision Analysis and Reconstruction Section. 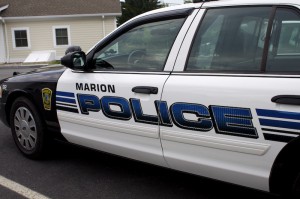