From basement to bell tower, members of the Town House Study Committee examined, explored, and envisioned the future of the Town’s beloved landmark on July 17 during a tour of some of the unseen and mostly undisturbed corners of the old Marion Town House.

The committee, meeting for its second time, began with a tour of the facility, venturing down those hidden hallways into solitary spaces where time seems to stand still and the past remains in the form of scribbles on chalkboards and stacks of old record books.

First stop in the basement, the group parted cobwebs along the way as they checked out the wide-open space, the vault, and water damage from past leaks along the foundation. The space smells like any other damp old basement, and the committee briefly discussed options for keeping the space dry.

“This is a hard space to use,” said committee member Bill Saltonstall. He envisioned utilizing the basement for HVAC equipment to serve the upstairs, acknowledging that the space had some usefulness, but personnel and staff could probably never occupy it.

The committee reacted favorably to one room deep in the basement, which had full windows with afternoon sun pouring in, high ceilings, and potential beyond just housing the long rows of stacks of town record books.

Upstairs on the main level, in the clerk’s office, Saltonstall said Town Clerk Ray Pickles has expressed that he has all the space he and his staff need to perform their daily duties.

Standing in the office of the building commissioner, it was clear to the committee that the department was short on space.

“It’s tight, it’s messy, and it’s loaded with paper,” said Saltonstall. “This is one of the spaces I thought should grow.”

Up on the second floor, the group entered the office of the town accountant, which was open and airy compared to the previous offices the group visited.

“But she doesn’t really need more than half of this,” said Saltonstall, commenting that the room that only housed a conference table and some record books could potentially be very useful for other purposes.

Down the hallway, an open and sunlight-saturated former classroom, as evidenced by the chalkboards still hung on the walls, was stuffed with rows of old record books. Another classroom across the hall echoed the old classroom setting, with some of the chalkboards like living time capsules. Scribbles and drawings dating back to the 1980s still remain, undisturbed – documentation that Patsy, Wayne, and Jim were all once there.

“This is where everybody wants to be,” said Saltonstall.

The members all remarked on how great the space was, wandering around the rooms, disturbing the ghosts of the past that still linger, suspended in time.

The space had the feel of an attic, with interesting architectural angles and the familiar stifling summer heat. The group did not linger long before approaching a steep set of ladder-like steps and, one by one, the committee members ascended, until reaching the top with a surge of sunlight and a burst of fresh air – high up in the bell tower overlooking the village. The committee enjoyed a few moments there, looking out and snapping a few photos with their phones. The sun was setting and time was shrinking, so the committee reconvened downstairs at the conference room table and got down to the nitty gritty.

Office square-footage, live and dead document storage, meeting room size – not to mention the options of renovating or rebuilding, and whether to factor a community center into the mix were all items of discussion.

One thing is for certain, though, pointed out Saltonstall. On the priority list are larger offices, an elevator, sprinklers, and a handicap-accessible restroom on every floor.

“There’s no question the building is going to be accessible,” said committee member Robert Raymond. “There’s going to be an elevator.”

A feasibility study is imminent, but the committee’s chief concern is getting clarity on statements made by the Board of Selectmen who requested the committee devise and explore four options for the Town House and surrounding town buildings, which the committee referred to as “the campus.”

“We can’t move on until we clarify that,” said Raymond. “And what leeway do we have?”

Built in 1877, the Town House was originally a part of Tabor Academy until it was later sold to the Town. Town officials and residents have for years been talking about whether to save the historic building by renovating it and possibly building an addition for community use, or rebuilding the structure entirely to make way for a more modern campus to include the town hall, library, a community center, and senior center.

Committee member Priscilla Ditchfield said the town sentiment is in favor of saving the building.

“And that itself has got a price tag on it,” said Ditchfield. 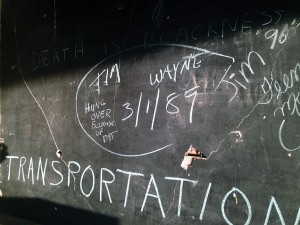 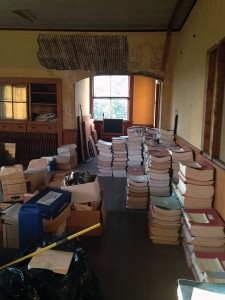 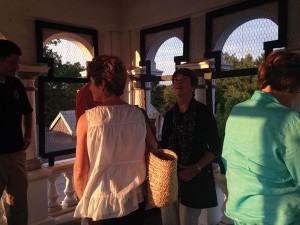 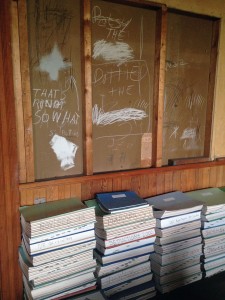 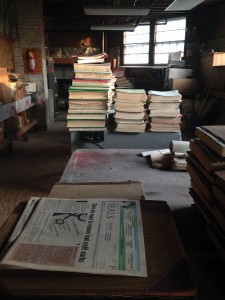 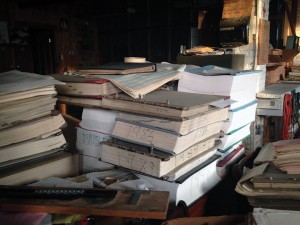 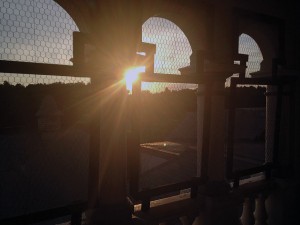 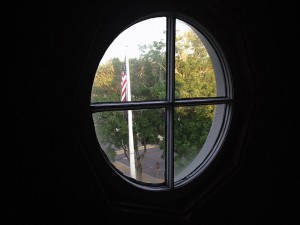