Peter Shaughnessy has been appointed president/principal of Bishop Stang High School, North Dartmouth, in a new governing structure to take effect July 1, 2012. He will succeed Theresa Dougall, the current president, who will retire at the end of June.

In the new governing model Shaughnessy will become the school’s chief administrative officer, a position which will consolidate the responsibilities formerly shared by two administrators, school president and school principal. Shaughnessy has been principal at Bishop Stang since 2010 following a year in which he served as the school’s athletic director and as a theology teacher.

The appointment of Shaughnessy was approved by Bishop George W. Coleman and announced by diocesan School Superintendent Dr. Michael Griffin.

In his announcement Griffin said, “Mr. Shaughnessy has demonstrated excellent school leadership and a clear commitment to the mission of Catholic education at Bishop Stang. I am confident that he will work well with all constituencies of the school, and will successfully guide Bishop Stang High School into its next era of growth and development.”

Dougall has been president of Bishop Stang since 1994 and in total has served the school for 44 years in teaching, coaching and administrative roles. She is also a graduate of the school.

“Mrs. Dougall touched the lives of thousands of young people, both by her direct service to them as a teacher and coach, and by her institutional leadership that ensured their experience of an excellent education grounded in Catholic faith,” said Griffin.

Prior to coming to Bishop Stang High School, Shaughnessy was an assistant principal at St. Francis High School in Wheaton, IL and was Theology Department chairperson, a campus minister, theology teacher, and varsity tennis coach at Mount Carmel High School in Chicago, IL.

“It is an honor to be named the next president/principal of Bishop Stang,” Shaughnessy commented. “I look forward to working with the Stang family to continue our rich tradition of excellence, and to provide our students a dynamic Catholic education that rigorously prepares them for the challenges of college, the workplace and life.”

Shaughnessy attended Canisius College where he earned a bachelor’s degree in political science and English literature and played four years of NCAA Division 1 college tennis.  He holds master’s degrees in theology and pastoral studies, both from Loyola University of Chicago, and one in educational leadership & administration from Benedictine University. Originally from Buffalo, NY, he currently resides in New Bedford with his wife, Anabela Vasconcelos Shaughnessy, a 1994 Stang graduate, and their four children.

In April, retiring Bishop Stang President Dougall will be honored by the National Catholic Educational Association (NCEA) with its Outstanding Secondary Educator Award. In 2002 she received the Distinguished Administrator Award for the Diocese of Fall River. Under her leadership, Bishop Stang High School was named a Blue Ribbon School of Excellence in 1996.

During her years as president, Dougall also served on the NCEA Secondary Department’s Executive Committee from 1999-2006.

As she prepares to leave at the end of the school year, Dougall said she is “confident that the academic excellence, mission effectiveness and family atmosphere that distinguishes Bishop Stang High School will continue and only be enhanced with Mr. Shaughnessy as president/principal.” 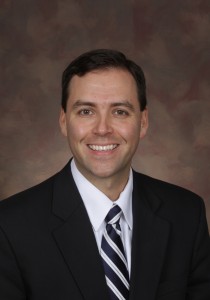