You are here: Home » News » Bay Watch 40B Gets the Green Light

It took 11 years for Bay Watch Realty to snag the approval needed to pursue its long-contentious 40B affordable housing project off Route 105. However, the Marion Zoning Board of Appeals’ final decision at its Thursday, June 28 meeting clocked under five minutes – an anticlimactic ending to a long journey.

“It was really in 25 words or less that we solved the final issues,” Marion ZBA Chairman Robert Wedge said that night.

The final matter that needed attention was easement language to allow emergency access way to the proposed site through abutter Sherman Briggs’ property. After some delay, Briggs signed off on the language, allowing the project to proceed.

The Briggs property, and the entryway situated behind The Wave Restaurant, will be the two access points to the 40B, Wedge said. The issue of ingress/egress on the proposed bike path “is still up in the air,” he added.

But these final issues were just a small part of Bay Watch’s decade-long effort to build an affordable housing project in Marion.

When its quest to construct 40B housing complex began, the developer proposed a 192-unit 40B project, and received an approval conditioned that it did not exceed 96 units. Bay Watch appealed that decision, and since then many court battles have occurred between the town and developer over various manifestations of the project – with the courts favoring Bay Watch Realty.

However, Bay Watch Realty’s proposal last fall to scale the project down to 96 units and its willingness to set aside 12 acres for conservation – purchased by the Sippican Lands Trust thanks to $300,000 in Community Preservation Funds– helped create a mood of cooperation that sealed the deal. The project includes 96 units: 60 rentals in two large apartment buildings and 36 single family homes.

It took six months for the Marion ZBA to OK the revised project – as issues regarding emergency access, the safety of the 75-foot proposed wooden bridge that traverses wetlands to the project, and general engineering questions all came up.

Most importantly, how Bay Watch wanted to break up affordable and market rate units raised issues. Bay Watch originally asked to put 100 percent of the 60 rentals as affordable, with the developer to sell 36 residences at market rate. In general affordable housing projects allocate 25 percent of units as affordable across the board, thus both Marion Selectmen and the board were reluctant to agree to such a scenario.

In the end, an agreement was reached to designate 100 percent of the 60 rentals as affordable – with all but six of the single-family homes to be sold at market value. Two of the six homes will be affordable, two will be sold at 120 percent of the town’s median income, and two of the lots would be available for purchase by the town for $125,000 apiece.

Wedge expressed some relief that the long case has finally drawn to a close.

In another matter that night, the ZBA approved applicant Frederic Rosiak’s request to replace the front porch and carport on his property at 294 Front St.

Rosiak originally presented his application to the board on May 17, and again on June 14, but they needed plans from a certified engineer to proceed.

The final decision allowed the porch, but only if it follows the existing line of the house. The plans before the board that night had some points of encroachment not presented before.

At a previous hearing, Wedge said Police Chief Lincoln Miller requested the removal of a tree on the property due to visibility concerns – with Rosiak strongly objecting and offering to prune it. In the final decision, the board agreed to preserve the tree if he cuts it back two feet from its current growth and maintains it that way. 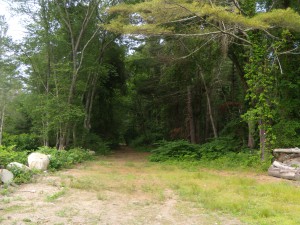