In late June, the Sippican Historical Society received a phone call from the Woburn Public Library that it was de-accessioning items from its collection. In 1901, a donor had given the library the shoe buckles of Major Earl Clapp from Rochester, who fought in the Revolutionary War. In 1776, Rochester included Marion, Mattapoisett, Rochester and part of Wareham. The Woburn Public Library asked if the Sippican Historical Society would be interested in adding the buckles to its collection and SHS responded with an enthusiastic “yes.”

The impressive pair of men’s shoe buckles exhibits a series of overlapping circles with raised dots that form the brass decorative outline of each buckle. The circa-1776 buckles include an iron inner support for attaching to the shoe and one buckle has a leather fragment attached. Each buckle measures approximately 3 inches across.

Major Earl Clapp was born in 1741 and was also a soldier in the French and Indian War. He took a very prominent part in the affairs of “Old Rochester,” where he lived, his name appearing on several committees appointed by the town during the time of the Revolution. His first services in the Revolutionary War were as Captain of a Company of Minute Men. Afterwards, he was appointed a Major in the Army and served through the war, bearing the character of a brave and energetic man. The Sippican Historical Society invites the public to visit its museum on Saturday mornings to view the buckles. The SHS museum is free and open to the public. 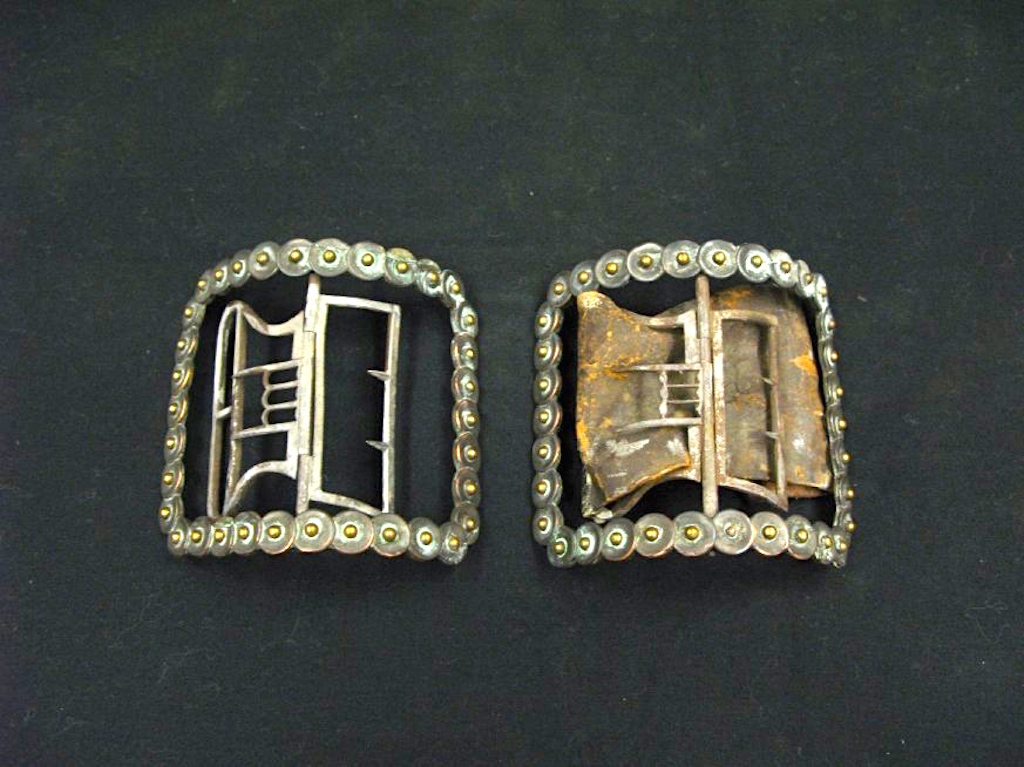 One Response to “Sippican Historical Society”