Last Friday at Rochester Memorial School, it was all one great play on words for the entire school as it enjoyed another one of the school’s annual Vocabulary Day parades.

Every year around this time, the third and fourth graders at RMS select one vocabulary word and create a costume to personify it as best they can, and then they come together as one massive living, breathing dictionary.

Sometimes creativity requires a partner, as several students paired up as homophones – flour and flower – and synonyms, like the two ambrosial and delectable cupcakes or the two “big mouths” loquacious and garrulous.

There was even a hapless student on crutches, a bibliopole (a bookseller dealing especially in rare books), a bibliopole’s best friend the bibliophile (the lover of books), a demagogue (a political leader who seeks support by appealing to popular desires and prejudices rather than by using rational argument), and of course a paleontologist in search of ‘fossils’ who was also running around somewhere.

This was the first year that parents were invited for a special post-parade presentation in the cafetorium, and retired beloved teacher Danni Kleimann was there with her camera to take a portrait of each of the students dressed as their word. 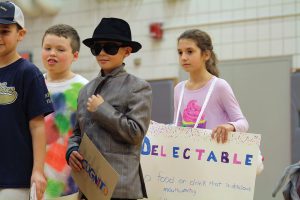 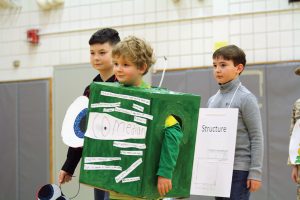 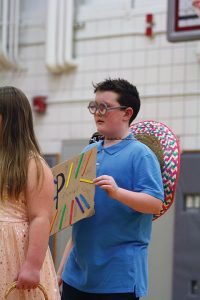 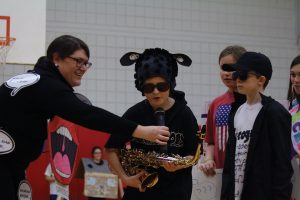 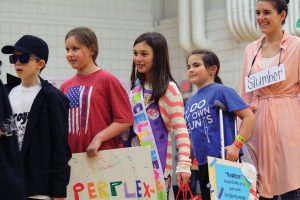 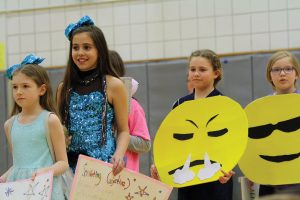 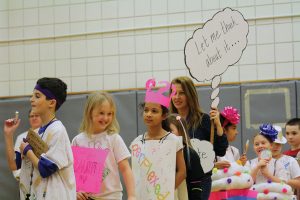