You are here: Home » Features » Upcoming Weekend Concerts in the Tri-Town

There’s plenty of opportunity to get out this weekend and check out one of three different concerts happening in the Tri-Town.  Check them out below! 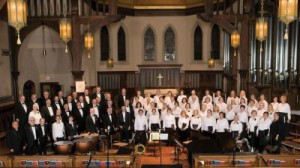 The Sippican Choral Society will present its annual Spring Concert on Friday, April 27 and Saturday, April 28. Both concerts will begin at 8:00 pm.

Under the direction of Brian Roderick and accompanied by pianist Michelle Gordon, organist Dwight Thomas and a nine piece string orchestra, sixty plus voices will perform the Fauré Requiem in memory of long-time chorus member Marc Olson.

The 2012 Spring Concert will also include several uplifting and inspirational selections to honor deceased members of the Choral Society as well as the tenth anniversary of 9/11. 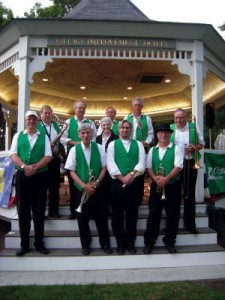 The Dixie Diehards exemplify an on-going commitment to keep this vibrant and unique style of American music alive. The concert will feature a sampling of musical styles that influenced what has evolved into the popular Dixieland style of the turn of the century through the 1950’s.

Some of the dominant influences covered will be street marches, ragtime, gospel and early blues tunes among others. Hit tunes from popular composers of the day will include Jelly Roll Morton, W.C. Handy, and Louis Armstrong among others. 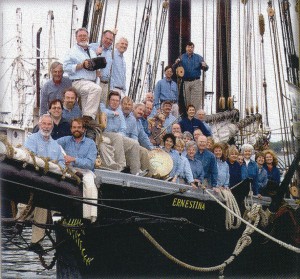 The New Bedford Sea Chantey Chorus will visit the Mattapoisett Museum and Carriage House, located at 5 Church St., on  Sunday, April 29 at 2:00 pm to regale their audience with a variety of chanteys and songs that reflect the right maritime heritage of New Bedford and Mattapoisett.

Hosted and organized by Schooner Ernestina, this 40+ member chorus’ repertoire includes the chanteys (work songs) of the Yankee sailor and whaler, along with the ballads and ditties of global mariners and coastwise fisher folk in North America, the Cape Verde Islands and the British Isles. The group also sings rich choral music.