You are here: Home » Features » The Summer Wind

The song Summer Wind, made famous by the one and only Frank Sinatra, spoke of a fleeting romance ignited during the summertime, and then lost. There are other summer songs that come wafting in on warm breezes. Songs like Don Henley’s Boys of Summer, Frankie Valli and the Four Seasons’ See You In September, the Summer Song by Chad and Jeremy, Sealed With a Kiss sung by Brian Hyland, and, of course, Summer Rain by Johnny Rivers.

How many of us can relate to those free wheeling youthful romances forged in the hot sun while laying on a beach towel next to your heart throb? Yet, somehow, in the back of our minds we knew the heat would peter out by Labor Day. Still, for those blazing moments of fevered passion, we were lost in the thrill – the memory, drifting back into our consciousness on a summer wind.

Oh, I sigh at the memory of my first summer love with the ice cream man. He wasn’t really a man, more an older teenager whose summer job was to drive the ice cream truck along the beach boulevard in Onset.

Tommy was an art student whose well-heeled parents mandated he have a common experience of sorts before sending him off to study art in Venice. I don’t think they planned that I would be part of that common experience for their precious sonny-boy, but in a very innocent chaste manner I was. We never held hands and never kissed. Yet, for me, he was my summer love.

The ice cream truck moved along slowly, as Tommy jingled the bells manually. There was no such thing as canned music back in those days. The ice cream man pulled a cord inside the cab of the truck, jingling the bells while little children trained like Pavlov’s dog came running and screaming “Momma, the ice cream man!” He would stop the truck, pass out ice cream novelties, and then move to the next stop. I met him as I patiently waited at the end of a long line of hollering children and impatient mothers. Our eyes locked briefly but meaningfully, and love at first sight was born.

From the beginning, Tommy spoke to me as if I was important, knowledgeable, and going places when I graduated from high school. He would talk to me about art in between collecting sand-covered coins from little children and red-faced mothers who had just hopped across burning sands and ascended a steep flight of stairs to reach the cool white ice cream truck. On hot, sunny days our conversations didn’t last very long, as lines formed next to his truck while he dispensed chocolate-covered ice cream bars, popsicles, creamsicles, and sundae cups.

How I loved cloudy overcast afternoons when Tommy could transport me to the world of art and culture without interruption because the beach was empty. He would expound in grand eloquence all his hopes for the future while sharing all he knew about art and art history. He’d also share difficulties at home, further endearing him to me.

At each stop on his route, he’d pop out of the truck, lean against it dressed in his sparkling white shirt and pants, and continue to fill my juvenile head with thoughts of Gauguin, Michelangelo, Renoir and Picasso. All I knew about art was what little was imparted to us in art class in junior high school. In Tommy, I found my personal art professor, mentor, and, oh yes, my summer love.

I was also working that summer I met Tommy, but I was self-employed. I was the local babysitter and hairdresser for the street I lived on. I made a pretty good living, netting nearly seventeen dollars a week. I took care of the neighbors’ babies who always seemed to bawl the entire time their mothers were gone. As the local hairdresser, washing and setting neighbor ladies’ hair in rollers and pin curls, I heard all the gossip that was going around. Usually, the theme was which young daughter was up to no good with someone’s bad boy son.

My parents frowned upon having a boyfriend at the age of fifteen, so I didn’t tell them the real reason I headed to the beach every day, regardless of the weather. My mother would have considered me a “fast” girl. My father would simply have said, “It ain’t good.” So I fabricated girlfriends that existed only in my imagination. The fact that I never brought any of these girls home to hang out at my house didn’t seem to faze my parents. My father was too busy earning a living, and my mother was generally distracted with her own personal problems. I, on the other hand, had Tommy.

As summer burned, the days melted away. My secret meetings with Tommy, which I anticipated in a fever and then relived in detail throughout the evening, were coming to an end. Labor Day would be the official end of summer, and Tommy would head off to college. And I – well, I would be left behind with dreams of rich fabrics, ancient architecture, oils and water-colors, statues, and luminescent glazes. I would be left to imagine Tommy walking cobbled Italian streets carrying an easel and canvas while wearing a painter’s smock and a beret.

I don’t recall our last meeting, but I do remember that, for a long time, he faithfully sent long letters postmarked “Italia,” thick with his lush script, mini-drawings, and scrolls decorating the pages. Each letter swept me away – far, far away.

The school year dragged on, and the boys in my classes seemed so raw, so unrefined compared to my Tommy. No one could measure up. But, truth be told, no one was trying.

I was not a popular girl or a happy girl. I was merely waiting for school to end so that my real life could begin somewhere else, warmed by a summer wind. 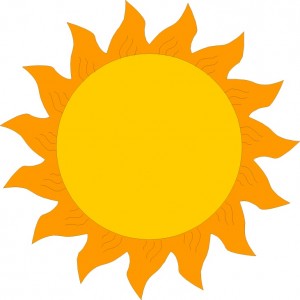