The year 2014 arrived a little early on Tuesday afternoon for the guests at the Senior Center’s Annual New Year’s Eve party. It was a “Noon Year’s Eve” party of sorts, with more than enough shiny hats and tiaras, colorful noisemakers, bright balloons, and champagne to go around.

“It’s not real champagne. It’s pretend,” said one of the volunteers, as she passed out small plastic cups of bubbly to all the tables.

The guests continued to enjoy their cookies and cakes, smiling and wearing their party hats until everyone had a glass of sparkling grape juice in one hand, and a noisemaker in the other hand.

Rochester Senior Center Executive Director Sharon Lally took the microphone over to the middle of the room and got the crowd warmed up with the noisemakers for a practice run before the countdown began. Soon the entire room was filled with a cacophony of paper horns squawking, bells ringing, and the metal cranking of rattlers.

“Has everybody had enough to eat?” Ms. Lally asked the guests who were all at their tables, waiting for the arbitrary minute when they would usher in the New Year. “I see people without hats on!”

Upon the placement of a few more reluctant hats, at around 12:45 pm, Ms. Lally called for a 60-second countdown for ringing in the New Year.

“Sixty seconds? I’ll be asleep by then,” laughed one female guest from the crowd.

Those 60 seconds were more than enough to build the momentum as noisemakers noised and horns sounded, well before the countdown even reached 30. Then, when it came time for the final countdown, with a crescendo of clanging, the guests rang out “Happy New Year” with balloons dropping from the ceiling.

Ms. Lally lifted her glass, “To good health, good luck, and prosperity,” she toasted, followed by the clinks of champagne glasses heard around the room.

Ms. Lally travelled from table to table with the microphone, calling on a few willing participants, some of whom gave rather candid, comical resolutions.

“To play more cribbage,” said Carol Peters of Marion, who, as Ms. Lally pointed out, already spends a significant portion of her free time at the center playing cards.

“I got up this morning,” said Dale Dakin of Rochester. “Good enough!”

“To lose weight,” said Doris Boucher of Rochester. How? “By eating less,” she clarified.

Some shared more heartfelt resolutions, like Jackie Demers of Rochester. “Every day, give someone a smile. It will make their day brighter.”

“Be kind to each other,” suggested Lillian Breen of Freetown.

Jean Armstrong, the president of the Council on Aging offered her resolution, “To be a better person.”

“To come to the Senior Center more often,” said Mabel Calheta of Rochester, who proudly pointed out that her grandson, Joshua Holmes, was volunteering at the event for three of his 30 hours of community service for his Confirmation.

Ms. Peters gave “three cheers” for Ms. Lally and for all that she does every day for the Tri-Town senior citizens, just before Ms. Lally invited everyone to join her in singing “Let there be Peace on Earth.”

The guests blew their horns and rattled their noisemakers again, before singing a verse of “Auld Lang Syne,” together, keeping with tradition.

Ms. Lally thanked the guests and told them, on behalf of everyone at the Senior Center, “I want to wish a Happy New Year to each and every one of you.” She continued, “I hope it’s a better year for everybody and, God willing, we will all be here next year.” 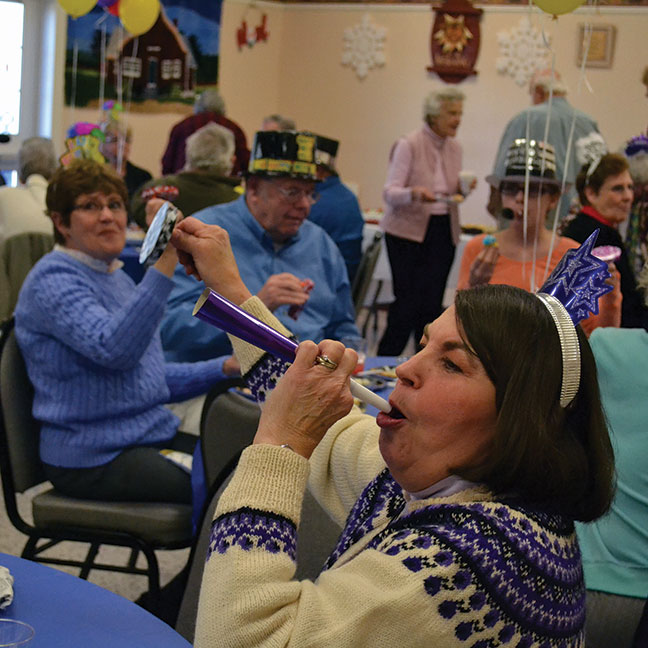 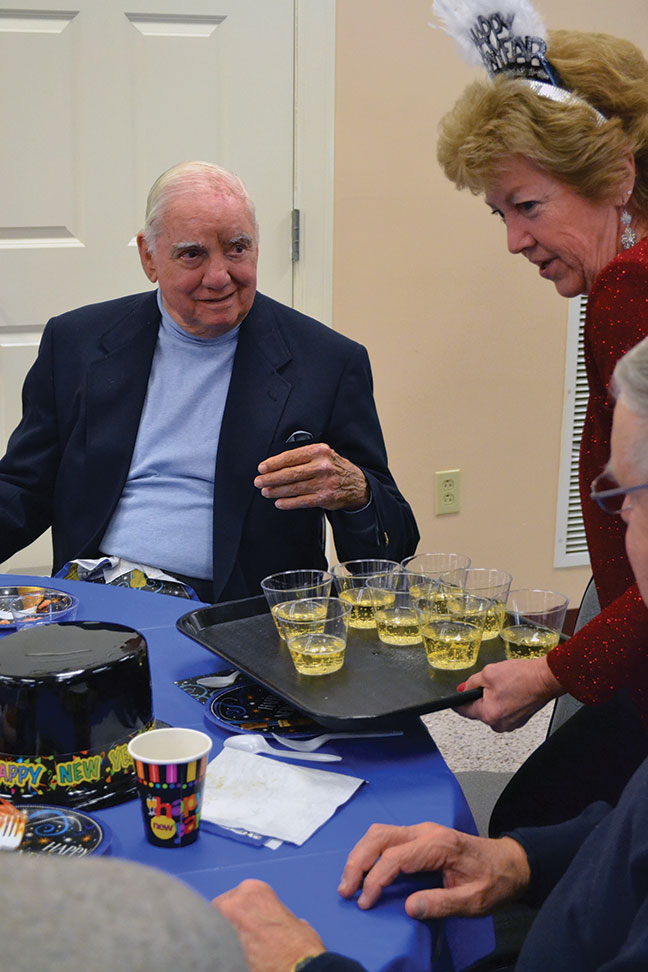 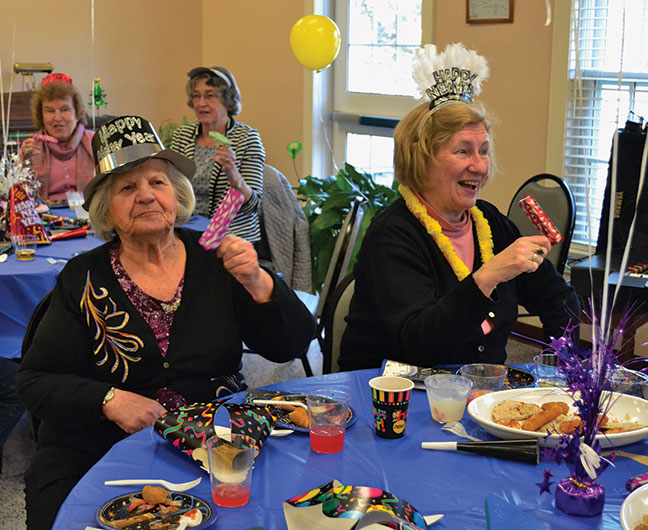 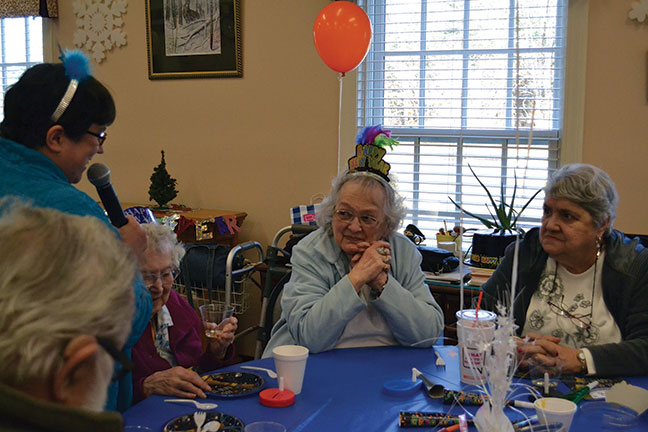 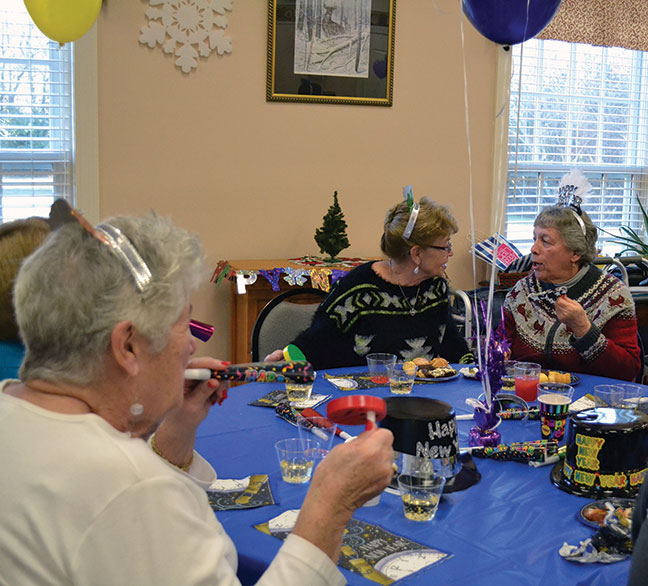 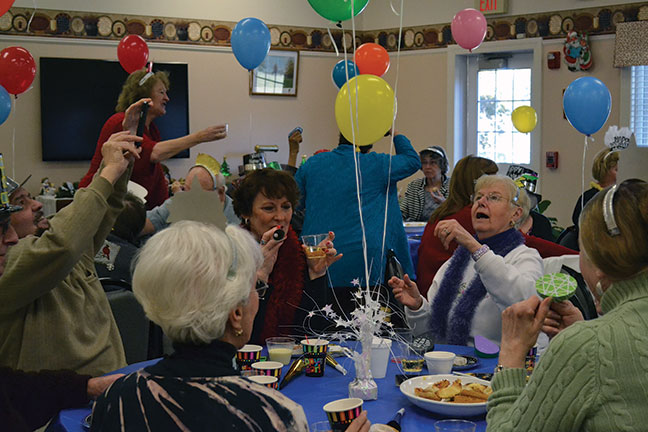 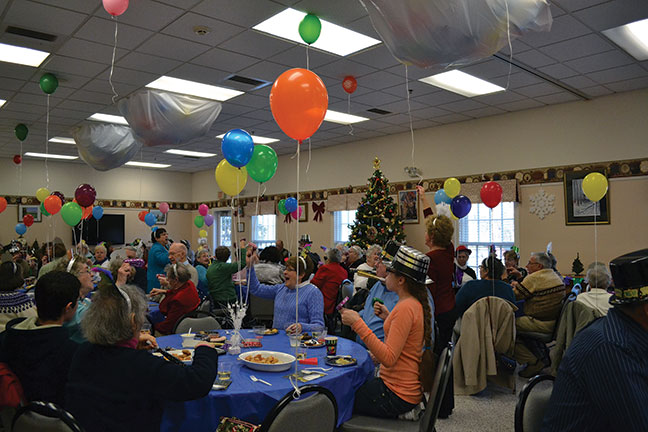 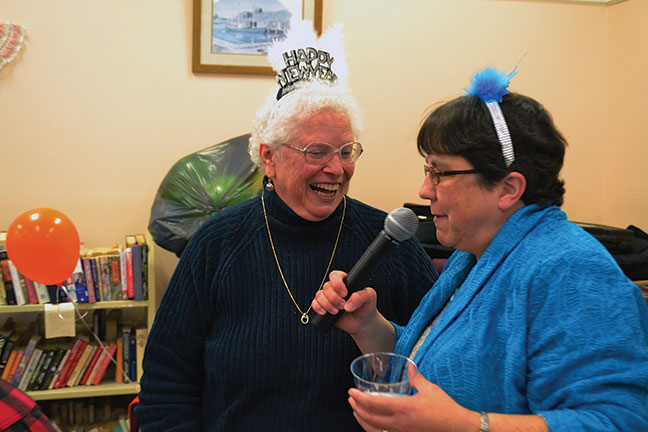 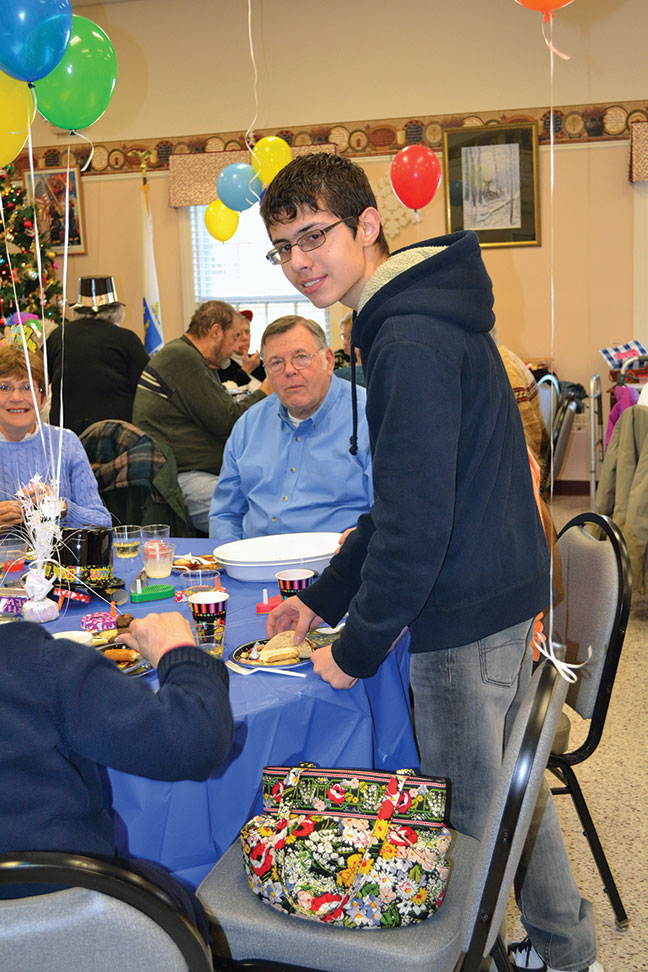 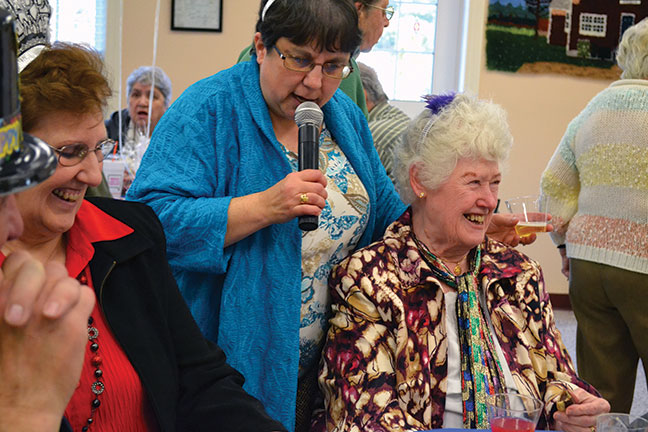 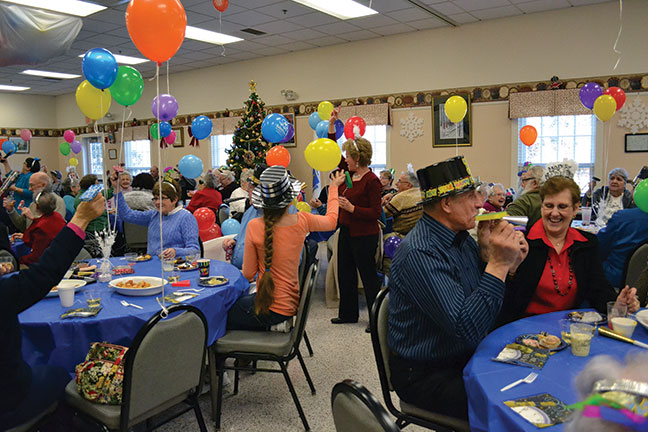 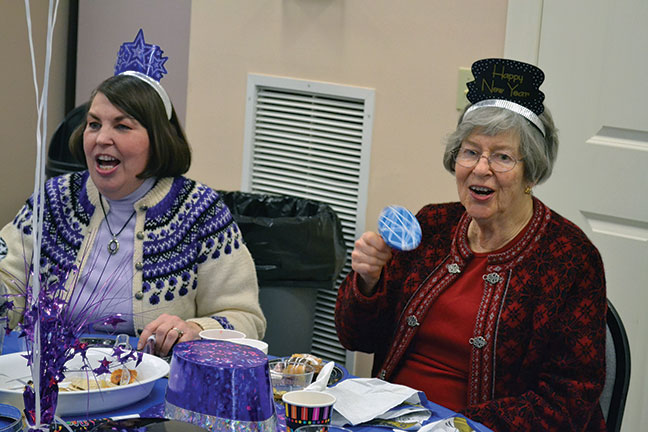 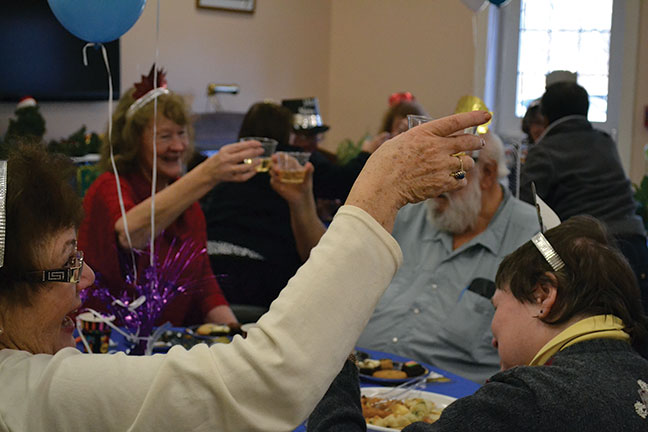 One Response to “Seniors Ring-in the New Year Early”