“Music is forever; music should grow and mature with you, following you right on up until you die.” -Paul Simon

Music has a steadfast place in the lives of almost everyone with as many manifestations as there are audiophiles. For some, there is no greater excitement than to crank up a favorite song on the radio with the windows down, singing at top volume, driving at full-speed. Others may hunker down in a favorite chair, with a special playlist, headphones and a book, creating a custom soundtrack for a fictional world of prose or verse.

For some, music becomes as necessary as air, a language of sound without words, emotion as English. ORRHS junior Mike Bliss has been speaking in saxophone for about seven years and this month gained recognition for his talents earlier this month at the Berklee College of Music High School Jazz Festival.

He received two Outstanding Soloist awards for his work with the ORRHS Jazz Band and Jazz Combo, and was one of four people in his class to receive an Outstanding Musicianship award. ORRHS participates in the festival every year and this was his third time performing.  Despite his growing experience, he remains humble about his accomplishments.

“I wish our whole group had won an award. We played really well,” Bliss said.

His musical roots are the result of familial inspiration.

“My brother started playing [alto] saxophone about three years before I did. My dad wanted me to play the trombone, but I wanted to try sax because I thought my brother was cool,” Bliss said.

Today, his brother, Travis, studies music at the New England Conservatory of Music, a school Mike is considering in the future.

“I’m also thinking about NYU, the Manhattan School of Music, and Berklee,” he said.

At ORRHS, Bliss arranges much of the music played by the five-piece Jazz Combo, and is avidly studying the music of saxophonists Chris Potter and Kenny Garrett. This summer, Bliss is attending the Eastman School of Music camp for two weeks in Rochester, New York.

“I’m hoping to make some new friends and make some more connections in the business so I can start putting myself out there,” he said.

Keren Setkin is another ORRHS musician who has discovered a passion for music that few understand, nurturing a talent she didn’t know she had. The sophomore flutist from Westport, who attends ORRHS through the School Choice program, performed with the Massachusetts Music Educators’ Association All-State Festival in Boston during the first weekend of March.

Auditions for All-State were open to the top 50 percent musicians in their district festivals. As a freshman, Setkin was the number three flute player in her district last year, and was the number one flutist this year; that’s not too shabby for someone who has been studying flute for only five years.

“I was actually always attached to a reed instrument. We owned a flute and my mom suggested I pick it up, so I did,” Setkin said.

At first, playing the flute was a nice way to spend her time, but she didn’t feel that draw to music until she started studying under her current teacher, John Curran.

“From the moment I met him, he was very inspiring and he was really encouraging to push me into new things. He really pushes you to be the best you can be,” she said.

Her hard work has been paying off. Setkin has been involved with several performance groups in the last few years, including the Rhode Island Music School, founded by the Rhode Island Philharmonic. She has played in their orchestra, chamber, senior wind, and flute ensembles. Last year, she was a member of a youth orchestra made up of musicians from the United States and Canada, and played in New York City, at Carnegie Hall. After winning several awards for her talents, she realized her penchant for music wasn’t born out of mere interest or folly, but something deeper.

“That’s when I realized that music was really my thing,” she said.

In May, she will be auditioning for the Boston Youth Symphony Orchestra. “They are one of the best youth orchestras in the country. And I’m scared,” she admitted.

She is also auditioning for the National Youth Orchestra of New York, a touring orchestra that performs all over the world.

Though she still has two years left at ORRHS, she is already making plans for her post-high school life.

“As far as college, I definitely want to go into music. My top two choices are U.T. Austin and Oberlin. I would love to go into music performance. A lot of people say classical music is dying and I completely disagree with that, and I think performance is the way to go for me,” she said. 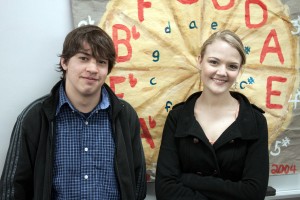