It is time for technology at Old Rochester Regional High School to enter the 21st century, thinks junior Drew Robert, so he has taken the first step towards leading the school into the future of technology education.

Robert has taken just about every technology course offered at ORR.

“And I wanted more,” said Robert during the Robotics class taught by Thomas Norris, in which Robert now acts as Norris’s teacher’s assistant.

Technology is evolving fast, said Robert, and even though the school has been acquiring new technological devices for students to implement into the school curriculum, Robert wants to take it to the next dimension – the third dimension, with a 3-D printer for the school to call its own.

“It’s something that me and Mr. Norris had been talking about for a while,” said Robert. “There’s countless possibilities for it.”

Robert started to research grant and fundraising opportunities for the school to purchase a 3-D printer and happened upon Donorschools.org, where Robert submitted a proposal for his 3-D printer and the organization approved it. The website aims to assist schools in funding projects and purchases that are outside of the school budget.

So far, Robert has raised $100, and the goal is to raise $1,250 before April. Even some students have donated money towards the 3-D printer, according to Norris, which makes acquiring the printer a vested interest for the students. Norris said he supports Robert’s efforts, calling Robert “a model student.”

“If I didn’t think he could handle it, I wouldn’t have had him try for it,” said Norris about Robert’s ambition to land a 3-D printer for ORR. “I think it’ll be a successful venture.”

Robert went on about the potential uses of the printer, saying it would enhance the engineering courses by allowing students to print models that they design in class. For example, students could print out a model of a bridge they design and test the limits of its engineering.

The problem at ORR is that access to the latest technology is limited. Robert said, as far as technology equipment goes, “there isn’t a lot here.” He said for engineering students, outside of computers, there is a wood cutting machine but that is about it.

Norris said a 3-D printer could change some of the technology course offerings at ORR, and having one would also benefit the entire school. Norris said the printer could be integrated into the biology curriculum at ORR as well, and even into fine arts.

“I’d love to open it up to the entire school so kids can get a chance to see how it works and to use it,” said Robert.

As for Robert’s efforts, Norris said Robert is doing a great job so far on behalf of all the students at ORR who want to make a 3-D printer at the school a solid reality.

To make a donation to help Robert achieve his goal of purchasing a 3-D printer for the school, go to www.donorschoose.org and search for the project using the school’s zip code, 02739, and the keywords “Help us Print Education.” 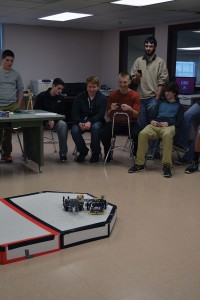 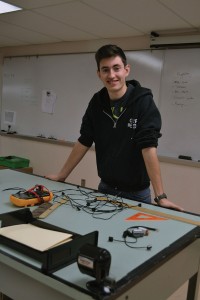 One Response to “ORR Student Fundraises for 3-D Printer”