You are here: Home » Features » Memorial Day in Marion

It was a cold and windy early-summer morning in Marion on Monday, May 28, as crowds of onlookers came to pay their respects and observe the annual parade this Memorial Day. Gathering outside of the Marion Music Hall located on Front Street, flocks of locals and parade-walkers came together in remembrance of America’s fallen heroes.

The Sippican School Band kicked off the proceedings just shy of 9:00 am, executing a handful of songs with dexterity and ease. Much to the delight of the crowd, the elementary school students dazzled all in attendance with their impressive renditions.

Shortly thereafter, Captain Andrew Bonney of the Massachusetts Air National Guard gave his introduction as master of ceremonies. After giving a short speech and thanking all for coming out on a crisp, cloudy Memorial Day morning, Captain Bonney handed the microphone over to a number of speakers and performers preceding the march down Front Street.

After solemnly, yet proudly walking the 0.6 mile walk up Front Street to the Veteran’s Memorial at Old Landing, marchers, families, and friends filed in as the keynote speaker of the morning, Lt. Col. Jeremy W. Beaven, a Bronze Star recipient, prepared to give his address.

Lt. Col. Beaven gave an immensely heartfelt speech. He acknowledged that we all live busy, bustling lives, but reminded the audience how paramount it is to take a moment of reflection and gratitude for those who gave their lives in order to protect our freedom.

“It’s important we pause and think about those ideals and sacrifices,” Beaven said.

While it would have been exceedingly easy to recite a somewhat glum monologue given today’s political climate, Beaven held an upbeat and hopeful tone throughout.

Beaven’s speech was an uplifting breath of fresh air, a buoyant prompting that we should be thankful for the lives that we’re allowed to live because of those heroes who protect our country day in and day out.

On an overcast and chilly Memorial Day morning, local families and veterans were able to congregate and collectively pay their respects to our fallen soldiers, finding a little bit of sunshine and solace on a rather doleful day. 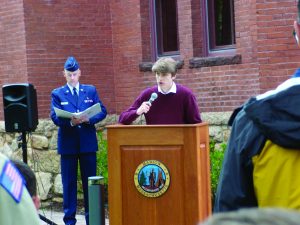 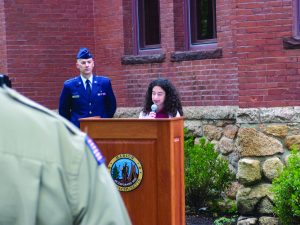 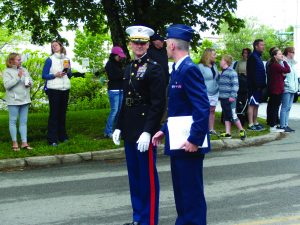 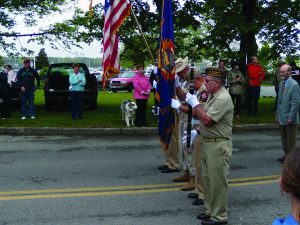 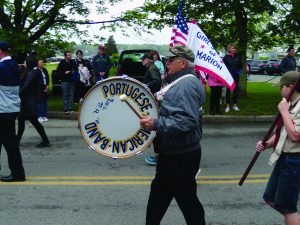 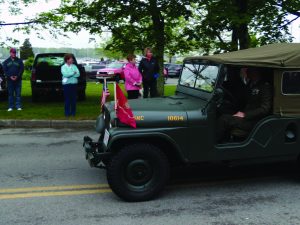