Horseback riding teacher Julie Craig provides lessons to her regular students – ranging in age from 9 to 64 years old – at her Mattapoisett farm, which is also the location of the Helping Hands and Hooves nonprofit organization that provides horseback riding lessons and therapy sessions to adults with special needs.

Craig has been taking her students to compete in the SOMA Equestrian Games for eight years now, assisted by Debbi Dyson, Craig’s partner with Helping Hands and Hooves. Craig said she urges the families of her special students to enter the students in the Special Olympics competition because the experience benefits her students in a variety of ways.

“It gives them an opportunity to get dressed up in the official gear and go out there and compete on a level playing field,” said Craig. “They experience the butterflies in the bellies before they compete, and the pride of finishing what they set out to do.”

Craig said the Special Olympics tournament is a highlight of the year for her, and she considers it a gift to be able to run alongside her students on that day and offer them the chance to compete and show off their skills.

“To see my students standing on the podium winning their medals with huge smiles on their faces, and watching them congratulate other competitors and hugging their families after they are done,” said Craig. “That is what it’s all about!”

Along with the families watching their special loved ones compete, Craig said she too chokes back tears all morning as she watches her students with pride as they give it their all, have fun competing, and cheer each other on.

Craig said she has seen the powerful bond between the horses and her students. It is an emotional experience, she said, to witness the bonding between them, and she feels blessed to have that in her life.

“I have always found horses amazing and, now in the years that I have been working with people with disabilities, I see how incredibly amazing they are too,” said Craig. “The obstacles they overcome and just keep going, often without complaint, truly inspires me.”

All the Seahorse Farm students placed in the top three of their class, with 9 year-old Ruby Shield taking home two gold medals in her classes.

“I like going to the obstacle course. It was easy because I could do everything,” said Perry. “You had to make a circle, pick up a beanbag, then go across the poles, through the pumpkins and to the flowers. Then you go around a circle and drop off the beanbag.”

During the opening ceremony, two officers (and their horses) from the Plymouth County Sheriff’s Department Mounted Police led the parade of athletes, while Ruby Shield walked in front holding a small electronic version of the torch. The Olympics theme song played in the background as the athletes passed the road lined with friends and family and made their way towards the ring.

“Briggs Stables and our staff consider it an honor to be able to host the Special Olympics,” said Briggs Stables owner John Doherty. “I’d like to thank everyone for coming and supporting this endeavor.”

In addition to Ruby and Diego, the other Seahorse Farms participants at the Special Olympics were Ian Craig, 15, bringing home two bronze medals; Susan Demsey, 64, winning a silver and bronze; Renee DeLoid, 40, taking silver and bronze; Brendan Goss, 48, winning a gold and a silver; and Andrea Rapoza, 27, who won two gold medals. 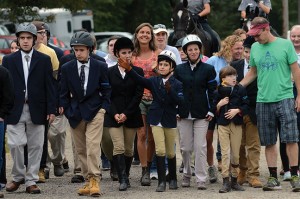 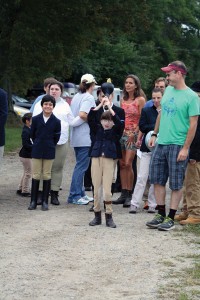 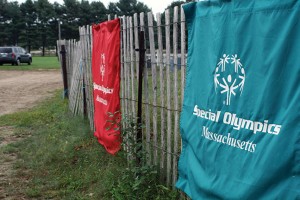 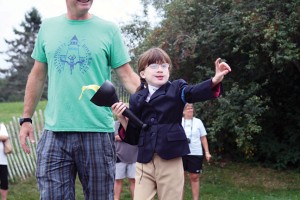 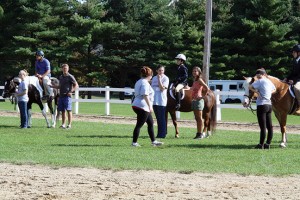 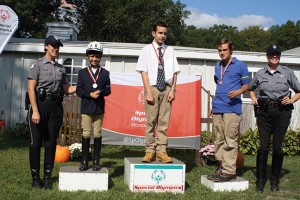 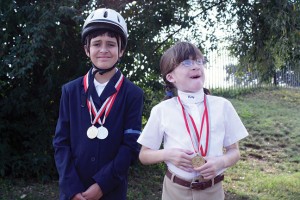 One Response to “Local Equestrians Compete at Special Olympics”