You are here: Home » Features » Friends Write Letters for Justice

“They are prisoners of conscience … imprisoned because of their views … not because they are criminals,” Charlotte Purrington said as she sat quietly, studying the faces of people – those men, women and children who are suffering in jails or in oppressive countries – as she prepared to write another letter.

On January 18, the Mattapoisett Friends Meeting House was open to the public for a day of letter writing in support of those identified by Amnesty International in their annual ‘Write for Rights’ campaign. Purrington, along with several other members of the congregation, gathered to write letters to government officials, heads of state, even President Obama – letters intended to impress upon these leaders that the eyes of the world are watching, waiting, and hoping for justice.

Purrington, a former Peace Corps member, noted that several of the individuals or groups that Amnesty International has identified in their 2014/2015 letter writing campaign were simply expressing what others take for granted in open societies: freedom of speech. She also acknowledged that some of the cases that Amnesty has brought to public attention are not cases to which everyone will be sympathetic.

She pointed out the case of women and girls in El Salvador who have been sent to prison because they sought abortions after rape or because of dire health conditions.

Purrington also pointed out Murad Shtwewi, a Palestinian community leader who has been targeted and jailed for speaking out for Palestinian rights. Or Chelsea Manning, a United States Army soldier who tried to expose alleged human rights abuses by the U.S. military and has subsequently been found guilty of violations of espionage and imprisoned.

Purrington understands that these people might have a hard time gaining any support from some Americans, but she herself feels compelled to try to bring their stories to light by writing a letter in longhand that someone may read and understand.

Each year, Amnesty International identifies human rights cases around the world and reaches out to the global community to support their efforts in gaining freedom and justice for those who they believe are being oppressed. In this program, letters are written to heads of state, as well as to the identified persons and their families. Although digital communications are possible, the Friends believe that handwritten letters give humanity to the person being written about by the person writing the letter. They believe there is warmth in those types of communication versus the typed word.

Those cases are as diverse as the names listed. Some are in prison, some are dead, some are struggling to bring equality, and others simply want people to be aware of causes that are negatively affecting lives. Some cases are about people who tried to speak out, others are about people who Amnesty believes were denied due process, and still others are cases that defy a distinct category.

On this day, in that quiet of the community room behind the Friends Meeting House, a handful of souls were trying to make an impact – one pen stroke at a time.

The Friends are reaching out in other ways. Deena Kinsky is traveling to Cuba on January 22 to meet the Friends in Cuba for the first time in decades. She hopes that she and her small group can establish lines of communication and help where needed. The immediate work at hand will be helping to paint the local Friends Meeting House in that tropical location.

“They told us to bring rollers and paint brushes because those are scarce,” Kinsky said. “Oh, and toilet paper also,” she added with a chuckle.

If you want more information on outreach programs with Amnesty International, go to http://www.amnestyusa.org. 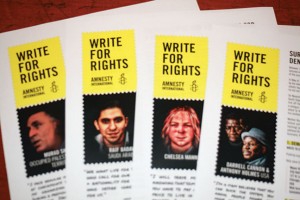 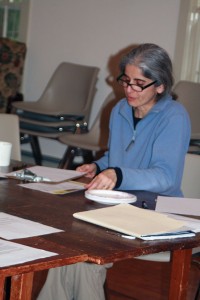 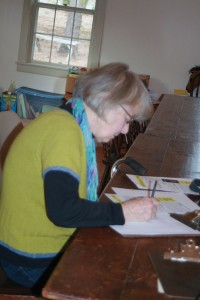 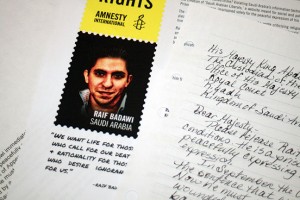 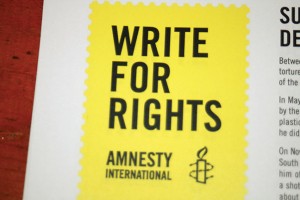 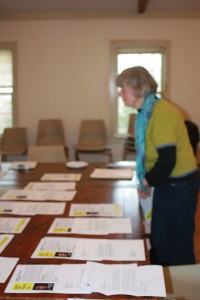 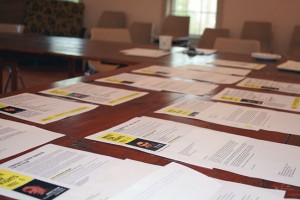