Under a perfect late summer sky, temperatures in the low 70’s and the air free of mist which had plagued the previous day, the Mattapoisett’s Lions Club hosted the first in a series of outdoor movie nights at Shipyard Park.  A good sized crowd comprised of people of all ages, the young and the young at heart, gathered in a variety of seating arrangements to enjoy open air viewing of Back to the Future.  But in keeping with theater going of days gone by, first the crowd enjoyed ‘news of the day’ movie reels, a carton and then the main feature.

Dan Bamberger, King Lion, and Marianne DeCosta, 2nd year Director set up the 12′ inflatable screen which the Lions received as a donation from Dunn Insurance prior to Harbor Days.  During this year’s Harbor Days the Lions used the screen to show a movie one evening much to the delight of the visitors.  Building on that success the Lions Friday night movies will be shown in Shipyard Park for the next several weeks.  The movies are shown free of charge and moviegoers also receive free popcorn.

Based on this evenings attendance it appears that the Lions have a hit on their hands. 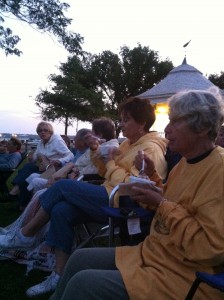 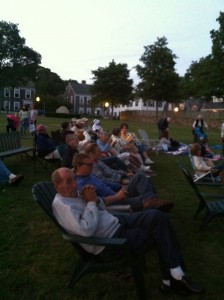 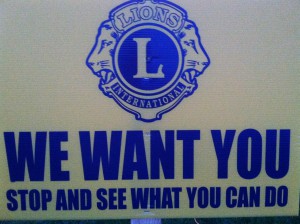 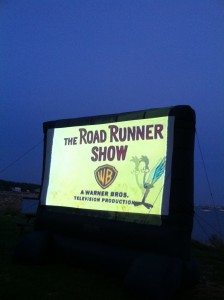 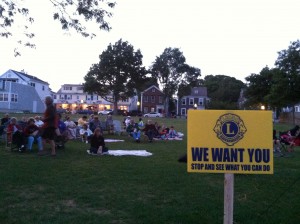 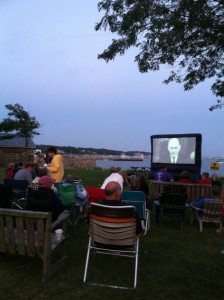